The IDF has a brand new graphic. It appears they’ve embarked on an inflammatory propaganda campaign expunging themselves and Israel’s decades long occupation, apartheid, land theft, extrajudicial executions, administrative detention, home demolitions and systematically institutionalized oppression of Palestinian people, including imprisonment and torture of children, from responsibility for violent Palestinian resistance. In their fairytale world, it is Palestinian society, and not the elephant in the room — Israel’s occupation of Palestine — that “cultivates hate, violence, and a willingness to kill.”

Yep, they blame Palestinians for “institutionalized incitement“.  Needless to say this racist inciting propaganda, in English, implying a bigoted rational for resisting occupation, is directed at the international community. Heck, even Ban Ki-moon knows Palestinian frustration is “growing under the weight of a half century of occupation” and it’s “human nature” to resist occupation.

British human rights activist Gary Spedding (reference by Haaretz as a “veteran campaigner on Israel-Palestine” in a recent article on allegation of anti-Semitism at Oxford) has written numerous crucial tweets today critical of the IDF graphic. He also posted this 5 step list of intent regarding IDF objectives:

This is how the @IDFSpokesperson propaganda works; fear, hatred, anxiety and murder. 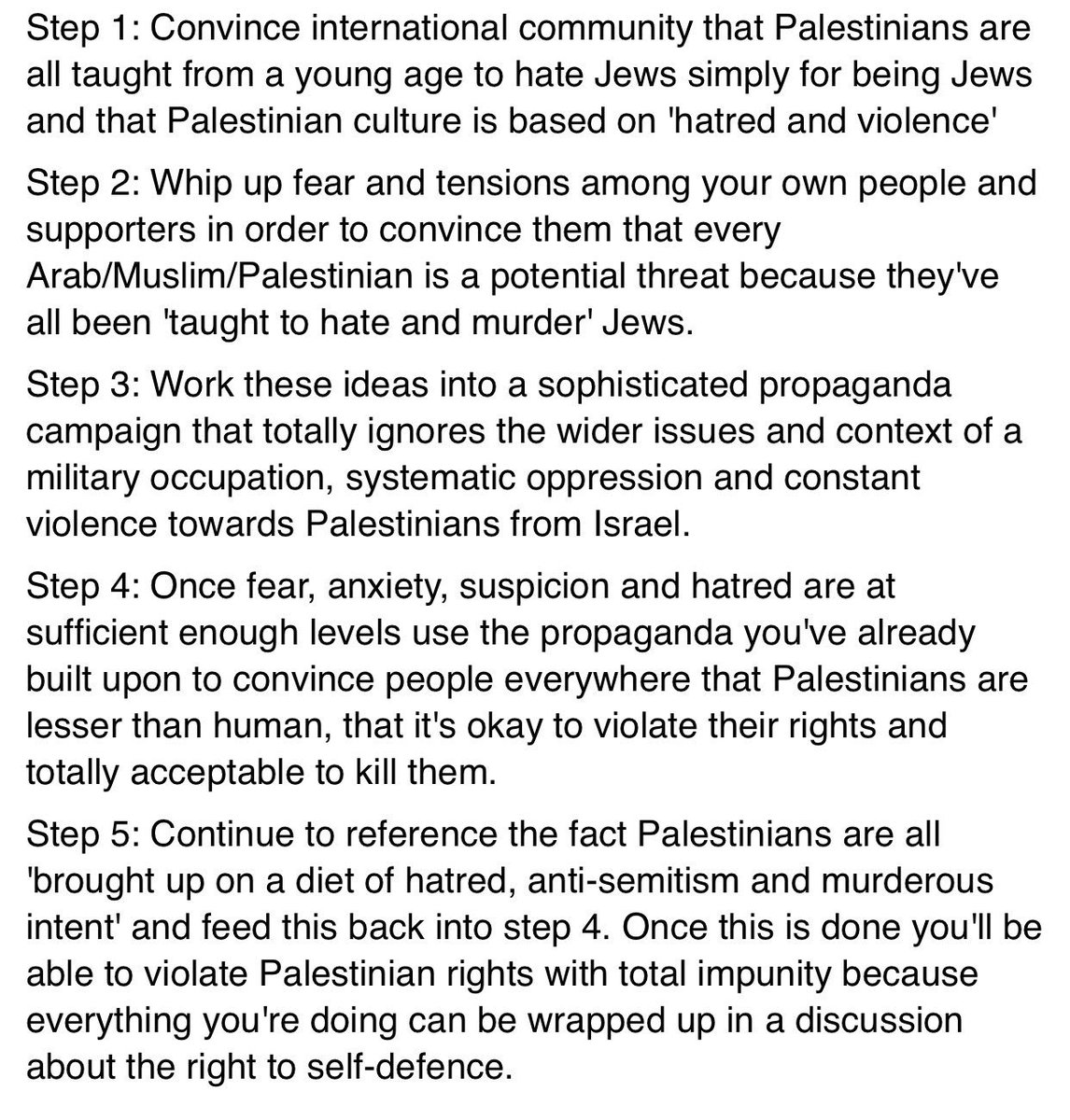 In conversation with Mondoweiss, Spedding elaborated:

This kind of incitement is far more dangerous as it is often overlooked or ignored. We must scrutinize the IDF’s political advoe must remember that this is from an official spokesperson for the Israeli military — this is incitement and dehumanisation from an Israeli official.

A great deal of the propaganda that they promote is designed to justify or excuse serious human rights violations and the continued oppression of the Palestinian people. This kind of ‘othering’ is specifically designed for an international audience, encouraging us to be less caring about the systematic violation of Palestinian rights. We are taught that they are undeserving of our sympathy because they’re brought up to be terrorists. That it’s acceptable to kill them, and that we shouldn’t ask questions regarding due process or whether what is happening might be unlawful.

This is how the IDF operates. It convinces us that everything it does is for security – using this narrative it’s possible to justify and normalise just about any heinous act of barbarism or violence. The IDF spokesperson wants us to give them total impunity. We must not allow this to continue. There are valid human rights arguments which unravels this hasbara.