During a British delegation visit to Jordan to highlight concerns over Israeli violations against Palestinians in West Bank and Jerusalem, King Abdullah stressed the need to create an appropriate climate to restore momentum to Palestinian-Israeli peace talks, and revive peace negotiations that address all final status issues in line with the two-state solution and international legitimacy resolutions.

At Al Husseiniya Palace on Monday, the King of Jordan highlighted the role of concerned international parties, mainly Britain, to achieve progress that leads to a just and comprehensive peace in the region. He said the continuation of violence and instability in the region will lead to further terrorism and extremism.

Talks during the meeting also dealt with the situation in the region, mainly the crisis in Syria, and efforts to achieve a comprehensive political solution in the country.

The meeting was attended by the Royal Court chief, the director of the King's Office and head of the Lower House's Palestine Committee. 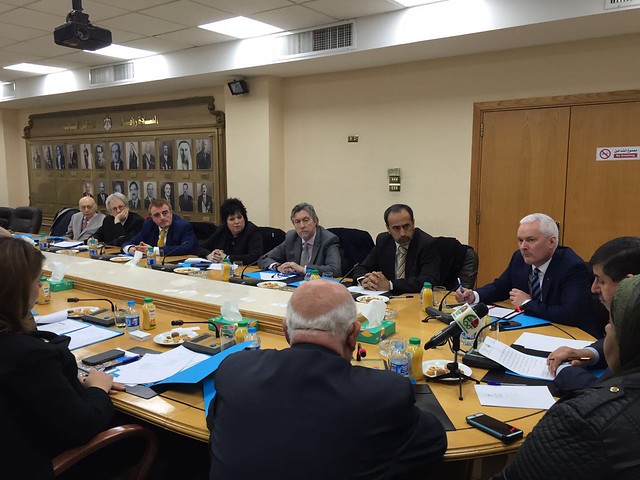