Sir Alan Duncan: I was prevented from being Middle East minister by CFI

Conservative Party veteran Sir Alan Duncan has claimed he was prevented from becoming Minister for the Middle East after an intervention by the Conservative Friends of Israel group.

Making the claim in his new political diaries, the former MP writes that his new role was agreed until the then Foreign Secretary Boris Johnson alerted him to the fact that CFI “are going ballistic.”

Sir Alan also uses his diary to dispute claims that he has ever “sided with antisemitic people” and instead suggests he has been denied the role as Middle East Minister because he believes in the rights of the Palestinians.

In an entry dated Saturday July 16 2016, he openly accuses Downing Street of “telling Boris I cannot have the Middle East.”

The following day, Sir Alan suggests he is told by the Cabinet Office that he cannot have the Middle East role because of his involvement in the oil industry.

He then accuses leading CFI officials Lord Pickles and Lord Polak of having lobbying against him. Sir Alan takes aim at the duo and accuses them of “disgusting” interference with public life. 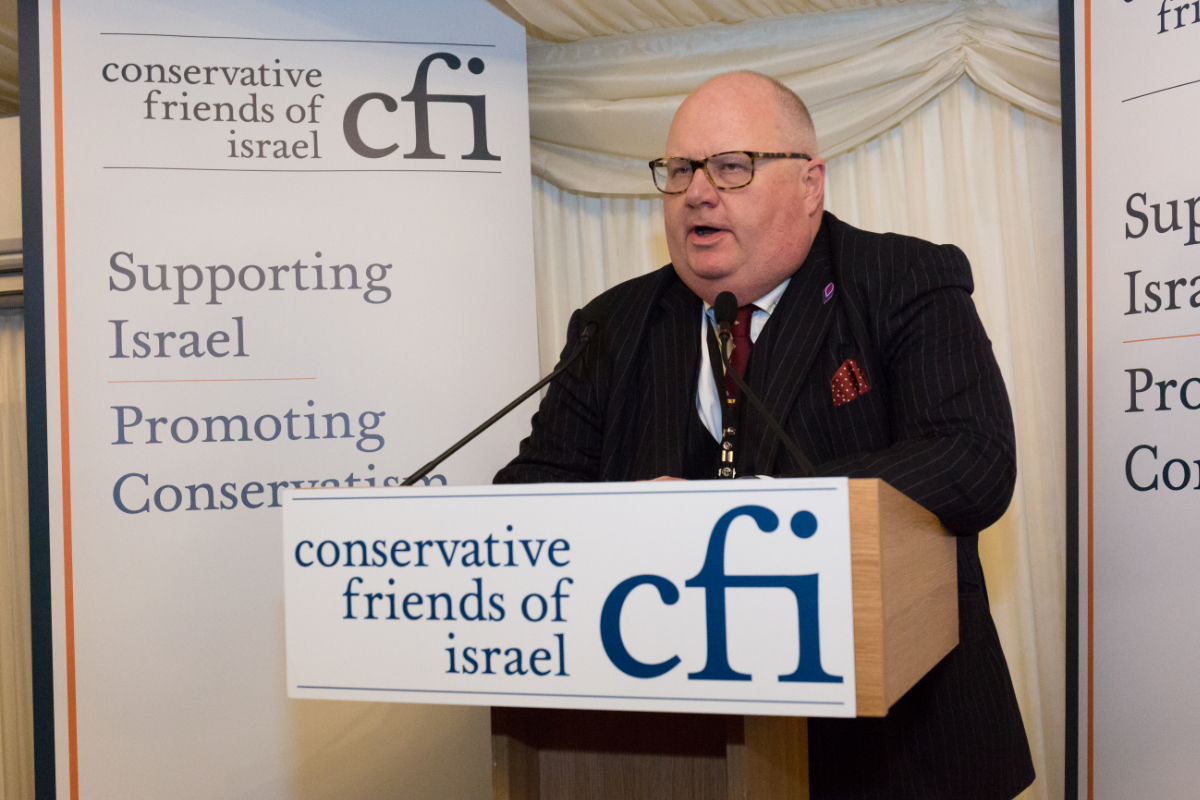 In another diary entry for November 10 that same year, Sir Alan writes a scathing attack on the treatment given to Israeli PM Benjamin Netanyahu by the government on his visit to the UK.

He writes that he is “ashamed” of the British government accusing them of allowing the Israeli PM to “peddle pro-settlement propaganda.”

Sir Alan stood down ahead of the 2019 General Election when he was Minister of State for Europe and the Americas, having made numerous controversial statements on Israel – particularly in relation to Jewish settlements in the West Bank.

In 2011, while serving as International Development Minister, he described Israel’s security barrier as a “land grab,” also accusing Israelis of stealing water from Palestinian communities.

His book In The Thick Of It: The Explosive Private Political Diaries Of A Former Tory Minister, by Alan Duncan, is published by William Collins on April 15