Kick Settlements Out of Football at FIFA's upcoming Congress!

FIFA will make a decision on Israeli football teams based in illegal settlements at their upcoming Congress on May 11, 2017. This is our chance to ensure that Palestinian human rights are front and centre on their agenda!

More than one hundred sports and human rights associations representing millions of people across the globe have called on FIFA to demand that the Israeli Football Association immediately exclude teams based in illegal settlements, and for FIFA to suspend the association if it refuses to comply.

As the pressure mounts on FIFA to respect its statutes, the Israeli government is using its embassies to push for removing the issue of settlement clubs from the Congress’ agenda altogether. We can’t let that happen: teams based in illegal settlements and human rights violations have no place in the beautiful game.

Take action now to pressure FIFA to respect its own statutes and Palestinian human rights:

Let’s make sure FIFA and member federations get the message: settlement clubs and Apartheid have no place in the beautiful game. See additional actions you can take:

On Israeli settlement clubs, @FIFAcom is running afoul of its own commitment to respect human rights #RedCardIsrael 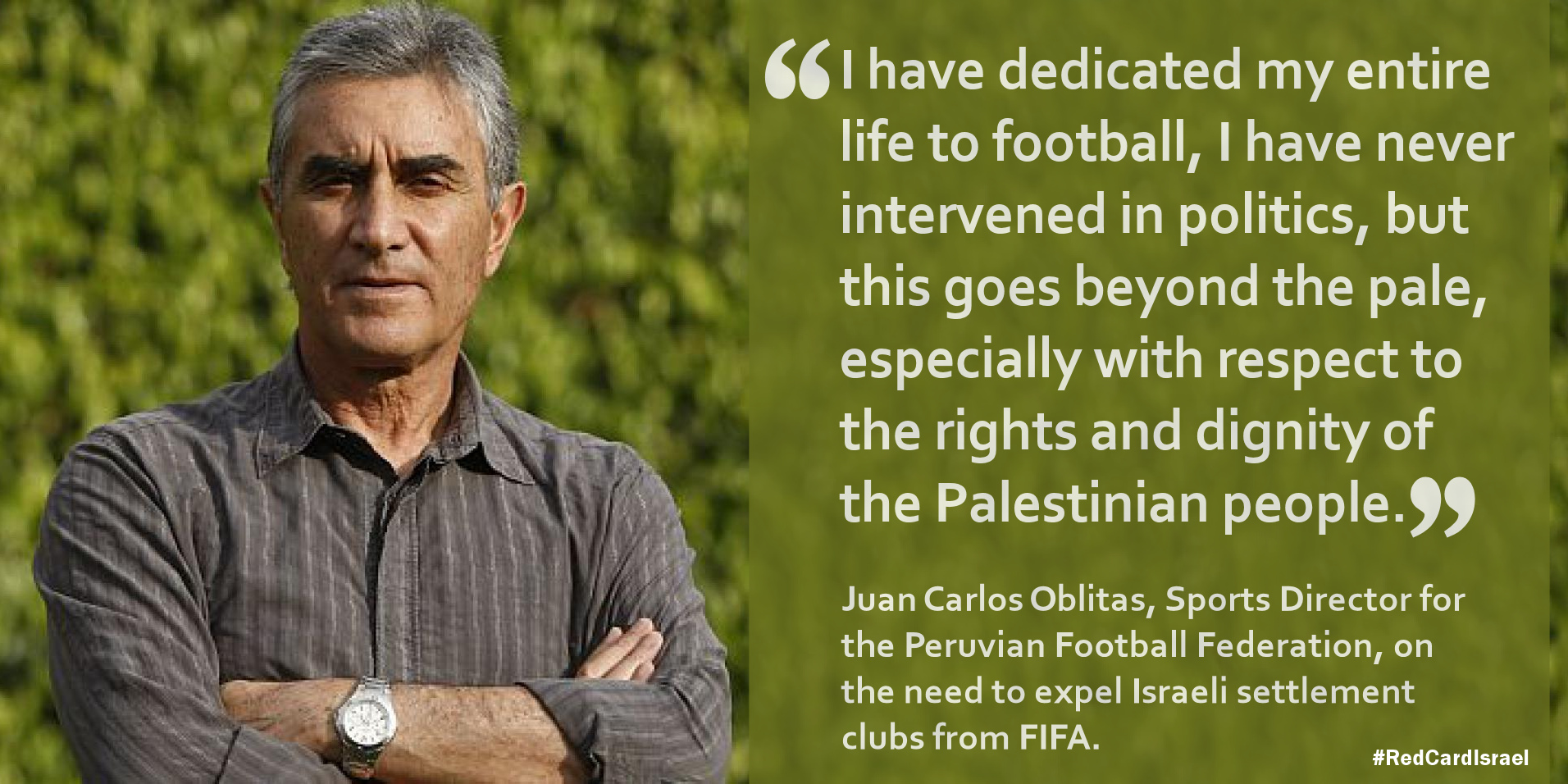