Theresa May’s attack on John Kerry over Israel is extraordinary By: Azriel Bermant

What was Theresa May thinking in attacking the US secretary of state John Kerry’s address on the need for a two-state solution to the Israeli-Palestinian conflict? Her spokesman said on Thursday: “We do not ... believe that the way to negotiate peace is by focusing on only one issue, in this case the construction of settlements, when clearly the conflict between the Israelis and Palestinians is so deeply complex.”

This is extraordinary. Why would May attack Kerry for suggesting that settlements were the main obstacle to peace? Did she read his speech? In it, he stated that “settlements are not the whole or even the primary cause of this conflict” and strongly condemned terrorism and incitement against Israel. More extraordinary still, why would the British prime minister criticise Kerry when her own government played a leading role in the passing of UN security council resolution 2334 which condemned Israel over its settlement expansion? Kerry ordered the United States to abstain while May’s government voted in favour.

Critics of the expansion of Jewish settlements on the West Bank have warned that this will lead to the burial of the two-state solution with Israel becoming responsible for some 2.6 million Palestinians in the West Bank.

Certainly, May is a strong supporter of Israel. On 12 December, she delivered one of the more pro-Israeli speeches you will hear by a sitting British prime minister. In an address to the Conservative Friends of Israel, she spoke of her pride in the Balfour Declaration of 1917 in which Britain recognised the establishment of a Jewish homeland in Palestine. She described Israel as “a remarkable country ... a thriving democracy, a beacon of tolerance, an engine of enterprise and an example to the rest of the world.” Yet in the same address, she added that it was important to be “honest with our friends, like Israel, because that is what true friendship is about. That is why [Britain] has been clear about building new, illegal settlements: it is wrong; it is not conducive to peace; and it must stop.” 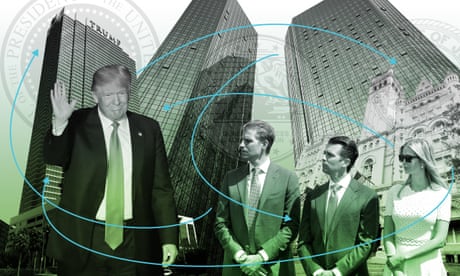 The US state department has already expressed its disappointment with May’s comments and pointed out that Kerry’s remarks were in line with UK policy. Like Kerry, she is also convinced that the two-state solution is the only avenue to durable peace in the Middle East. So what explains her attack on Kerry this week?

One immediate clue is the reaction of Israel’s prime minister Binyamin Netanyahu to UN resolution 2334. If May thought that negotiating Brexit was difficult, she has another headache to contend with: Netanyahu is furious with Britain because of its strong backing for the resolution. It went through with the United States uncharacteristically withholding its veto and Britain is now on the naughty step. The Netanyahu government’s response to the international condemnation was somewhat hysterical, and May might have calculated that retaining influence with the Netanyahu government requires her to distance herself from the Obama administration which is not flavour of the month in Jerusalem. Britain remains one of Israel’s strongest allies in Europe and May wants to keep it that way.

There are interesting parallels here with Margaret Thatcher’s relationship with the Israeli leader Menachem Begin during her early years in power. Thatcher, like May, was very sympathetic towards Israel. Yet Begin made the mistake of alienating Thatcher with his truculent stance over settlement expansion, and their relationship never recovered. Netanyahu is making the same mistake with Israel’s friends today, but May no doubt believes that she can exercise a positive influence over the Israeli leader who is still on record (for now) as a supporter of the two-state solution. 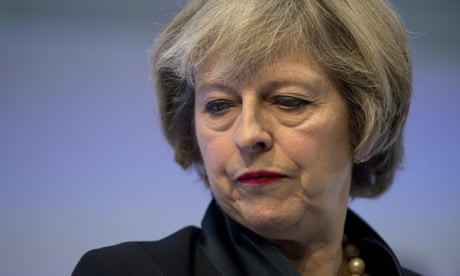 Critically, May also wants to curry favour with the incoming Trump administration which has suggested that it is ready to move the US embassy to Jerusalem, as part of a break with existing US policy on the Arab-Israeli conflict. His designated ambassador to Israel is a strong supporter of settlement expansion in the West Bank.

Britain’s ambassador to Washington, Kim Darroch, has suggested that in building ties with Trump, May will want to emulate the Reagan-Thatcher relationship. However, the Arab-Israeli conflict was one arena where there were very strong disagreements between the two leaders. Thatcher tried valiantly to persuade Reagan to exert pressure on the Israelis as a means to breaking the deadlock in the Israeli-Palestinian conflict but she was unsuccessful. She was not especially sympathetic to the Palestinian cause but she feared that a failure to resolve the conflict would leave a dangerous vacuum that would work to the advantage of the Soviet Union and extremist forces in the region. Ultimately, she was right.

Perhaps May believes that she can succeed where Thatcher failed in persuading Trump to advance the two-state solution. If that is the case, we can only wish her the best of luck.