Media Report | The Politics of Reconstruction in Gaza seminar March 2015

The politics of reconstruction in Gaza was the topic of discussion in early March 2015 at the UK House of Lords in a joint seminar organised by EuroPal Forum and Middle East Monitor.

The dynamic evening of debate, which included UK parliamentarians, foreign representatives and a number of academics, was hosted by John Montagu, the Earl of Sandwich and chaired by Karl Sabbagh, a British Palestinian writer.

The seminar was divided into three pertinent topics addressing the politics of reconstruction with a focus on Gaza, the EU and Palestinian governance. The three topics were scrutinised by a panel of experts including veteran British Member of Parliament Jeremy Corbyn, Carl Buckley, solicitor and partner at TC Advisory Group; and Dr Azzam Tamimi, a British Palestinian academic and political activist. 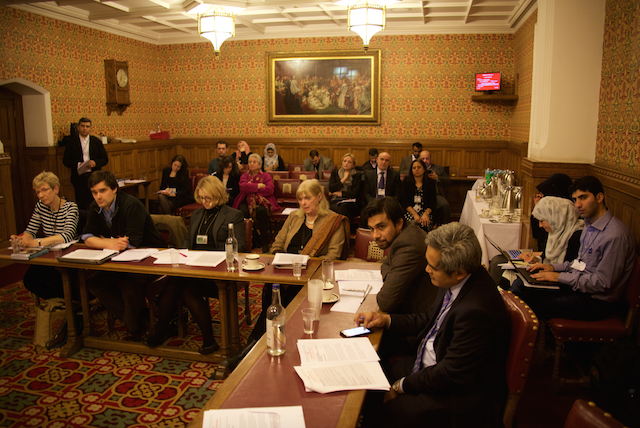 A number of pressing issues were discussed throughout the two-hour discussion including donors failure in fulfilling their pledges following the Cairo conference, the difficulty of transferring money across boarders and the double punishment inflicted by Israel, the initial destruction then impediments in not allowing materials in to the strip for reconstruction.

The lively seminar touched on the prolonged problem of criticising Israel due to fear of reprisal and the international communities selective approach to human rights. One of the biggest political obstacles identified was the international powers lack of commitment in holding Israel accountable for its actions under international law. Similarly, the widespread failure in acknowledging the importance of including Hamas, the ruling party in Gaza following the 2006 election win.

Hamas, which was formed in 1987 at the beginning of the first Palestinian intifada (uprising), has its roots in the Muslim Brotherhood, something which causes continued suspicion from the current Egyptian authorities.

Despite the party’s popularity, Hamas was put on the EU terrorist list as part of broader anti-terrorism measures following the 11 September attacks when its funds were frozen. Hamas, along with various human rights groups, has long contested the classification. 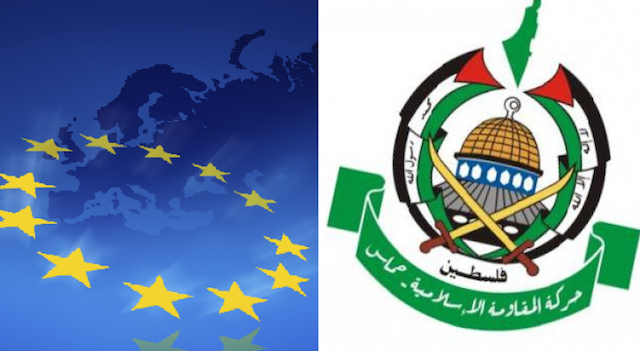 An EU high court ruling at the end of 2014 stated the reason for listing Hamas on the terror list was based too much on media and internet accounts rather than evidence of acts considered by credible authorities.

The regional context of the conflict makes the reconstruction process tougher still, with Egypt playing a key role in facilitating and maintaining ties.

Egyptian authorities have kept the Rafah crossing mostly closed since former Muslim Brotherhood president Mohamed Morsi was ousted in 2013, citing security concerns in the north of the peninsula.

The unpredictable crossing has only been open a handful of times since its recent total closure in October 2014. The Rafah crossing is the doorway to the world for Gaza’s population as the only way in and out of the 360km² strip for its 1.8 million residents.

The British government’s position on a Palestinian state currently follows the Israeli rhetoric that the Palestinian Authority largely fulfils the criteria for statehood but in reality does not yet have the functions or the capacity. Despite this, sentiments of the seminar echoed confirmation that the parliamentary opinion is steadily changing and more should be done to encourage this. Similarly the fact that it is no longer an isolated position to recognise Palestine, on the contrary it is actually now a minority opinion not to recognise Palestine.

European public support in favour of Palestinian statehood has grown in recent months, intensified by the latest Israeli attack on the Gaza strip in the summer of 2014.

The Israeli-imposed blockade continues since 2007 leaving the Palestinian political process along with the economy stagnant. Living conditions have worsened with the much-needed repairs to the tens of thousands of homes; hospitals and schools damaged or destroyed by Israeli forces moving slowly, if at all.

With an estimated cost to repair the damage caused by Israel’s latest assault at around $7.8 billion (USD) the Palestinian Authority welcomed pledges from Donors totalling $5.4, (half of which dedicated to the reconstruction of Gaza), at an international conference on 12 October 2014 held in Cairo.

Too little of this support has reached the people who need it as a result of political obstacles arising from broken agreements by Israel, instability in the region, principally Egypt, and a lack of urgency among political leaders in the rest of the world, including the Middle East Quartet.

Israel continues to flout all international conventions and institutions responsible for the question of international law and human rights. Even before the latest bombing on the Gaza strip there already existed a humanitarian crisis due to the dire situation and severe shortages caused by the Israeli restrictions. 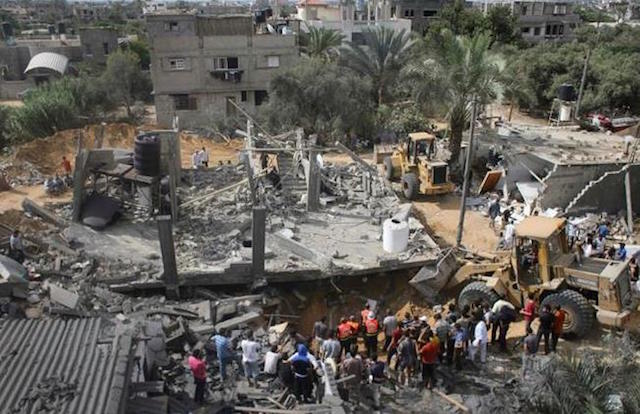 The Hague Convention states that an occupying force cannot profit from the natural resources of an occupied land. The UK government supported this position in the context of Palestine by agreeing that it is illegal to sell settlement goods in Europe. Support for the continued public and political boycott of Israel resounded with acknowledgment that this kind of pressure is effective and should be endorsed.

In reference to the case of Peter Greste, the Al Jazeera reporter recently released from Egyptian prison, the panel reflected on the importance of campaigns in making progress in such cases and recommended Gaza reconstruction be dealt with in the same way. In his analysis Corbyn stated that any settlement of the Palestinian issue must include the right of return for refugees more than 60 years out of their homeland.