The Palestinian farmers battling border restrictions and lack of water

How produce from the West Bank should be labelled – be it from Israeli-occupied or Palestinian territories – has become a highly controversial issue. Yet the daily obstacles facing Palestinian farmers in the West Bank are probably less well known.

Whether their produce is destined for overseas consumers or for the 4.68 million Palestinians split between the West Bank and Gaza Strip, producers complain of issues including lack of access to water, unfair competition and delays in navigating border checkpoints.

A wide range of fresh produce can easily be grown in the West Bank, including many herbs and vegetables, dates, olives,citrus fruits, grapes, figs, melons and strawberries. However, with Israel and Egypt controlling all borders, Palestinian farmers must work within a fractured supply chain that reduces their competitiveness. 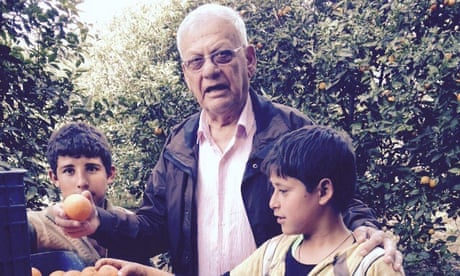 “Our trucks are not refrigerated because the West Bank is such a small area, so when they are stopped under the sun for long hours the fresh produce inside can lose its quality or even become inedible,” says Mohammad, a farmer of mushrooms and other produce near Qalqilya in the northern West Bank who also complains about the difficulties in importing fertilisers and farming equipment.

“We are surrounded by Israel,” says Mohammad Abu Khizaran, a grower for Daraghmeh Co, which produces herbs year-round in Tubas, a city in the north-east of the West Bank, as part of a USAID-sponsored programme. “Getting through the checkpoints takes time, so forecasting for the future, it is difficult to be accurate.”

The Daraghmeh co-operative’s herbs travel by refrigerated truck to Amman airport in Jordan via the Israeli-controlled border. From there they are sent to markets in Europe, Russia and the US, as well as to Dubai.

Khizaran identifies access to water as the greatest challenge facing Palestinian farmers. According to the Palestinian Water Authority, average domestic, urban and industrial consumption in those parts of the West Bank connected to the water grid stood at 73 litres per capita per day in 2011, less than the WHO-recommended minimum of 100 litres.

In February, Tubas commenced construction on a wastewater treatment plant to provide treated water for agricultural use, but it will not be finished until September 2017. In the meantime, strict controls regulate consumption, with Palestinians prevented from digging new wells, according to a report from the Centre for Economic Policy Research (CEPR).

The World Bank has highlighted the potential to significantly increase agricultural production in the region, estimating that irrigation could help boost the value of production in the West Bank by more than $1bn. At the same time, Israel has been criticised for announcing plans in January to appropriate a large tract of fertile land near Jericho in the east of the West Bank.

“During the British mandate, Palestinian farmers exported many varieties of agricultural goods,” says Wahbeh Asfour, project manager at the Ma’an Development Center, which started the Kale Project to help grow more food in the West Bank. “Pre-occupation of 1967, the agriculture sector was the backbone of the local economy.”

Asfour says that the Kale Project was partly a response to the failure of the international community and of donor-led projects to meet the dietary needs of Palestinians. It is hosted by the MA’AN Permaculture Center, located near Jenin in northern West Bank, which provides a space for growing fresh, organic kale, which is then distributed locally and to nearby Ramallah. Kale was chosen as much for its suitability to the local conditions as for its nutritional value. 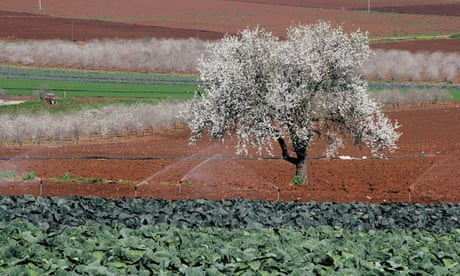 However, the resources to grow this and other such projects are hard to come by. “Palestinian growers face extreme challenges in both the research and implementation of agro-technologies,” he says. “There is little access to the broader science available to Israelis with respect to water harvesting, organic farming mechanisms, seed regeneration and other methods.”

The problem, as Asfour sees it, is threefold: first, the occupation places control of all agricultural inputs in the hands of the Israelis; second is the international donor community, which he says has failed to prioritise aid for the agricultural sector; and third is the impotence of the Palestinian Ministry of Agriculture.

“The Palestinian Ministry of Agriculture has paid little to no attention to seeking and supporting emerging science related to agro-productivity and agro-technologies,” he says. “The Ministry is both donor-dependent on the international community, which fails to address the core needs of the sector, and paralysed via the occupation, which restricts access, mobility and resources.”