Israeli interrogators threatened to rape al-Qiq and his family– so he launched hunger strike, lawyer says. By Dan Cohen 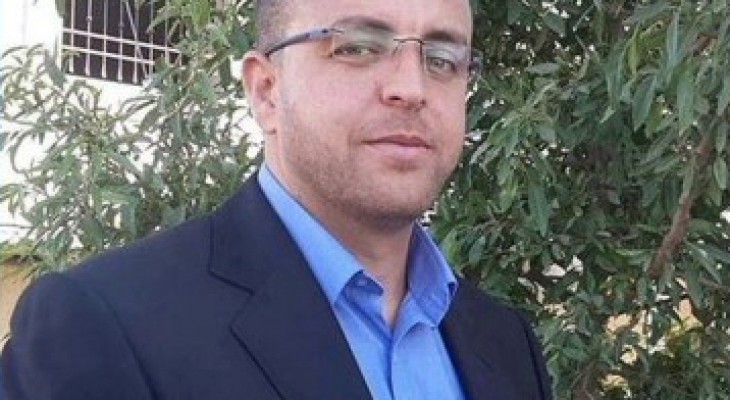 “In the beginning of the investigation of Mohammed they told him that they will keep him under administrative detention for seven years if he did not confess,” Abu Sneineh told Mondoweiss by telephone Wednesday morning. “He said ‘I have nothing to confess to and I don’t want to continue this investigation in this manner.’ So they threatened to rape him, his wife and his kids.”

After these threats, al-Qiq began his hunger strike, according to Abu Sneineh.

An Israeli high court refused to transfer the journalist from HaEmek Medical Center in Afula to receive treatment in the occupied West Bank city of Ramallah. After 86 days of hunger strike, Al-Qiq’s condition has continued to deteriorate and he could die at any time. “A thin line separates him from death. Mohammed is battling for his life. He is suffering from cramps in his arms and legs and irregular heartbeat,” Abu Sneineh said.

A video released earlier this week shows al-Qiq in his hospital bed in Afula, crying out in severe pain and asking for his three-year-old son, Islam.

According to Abu Sneineh, Israel has not officially charged al-Qiq because of insufficient evidence, and reliance on intelligence from informants. “They can’t give any proof against him, and even if they tried, he would be released the next day,” she said.

Faiha’a Shalash, al-Qiq’s wife, said that when Israeli forces raided their home in the middle of the night in the occupied West Bank city of Ramallah, soldiers first knocked on the door with weapons, then blew off the door with explosives. “I didn’t even have time to put my clothes on before they blew off the door,” she told Mondoweiss. Soldiers then interrogated al-Qiq in his living room before taking him to Beit El settlement, where he was left outside handcuffed and blindfolded in the cold November weather for twenty hours, and finally transferred to al-Jalame prison, according to Shalash.

While her husband’s absence has been trying, she believes he is battling for a greater cause. “If Mohammed doesn’t do anything, it’s going to pave the way to put more Palestinians, especially journalists, under administrative detention,” Faiha’a Shalash said.

Al-Qiq’s nearly three-month hunger strike has received scant coverage in US media, and comes at a time of increased pressure on journalists. This week, Washington Post Jerusalem Bureau Chief William Booth and a colleague were detained by Israeli police at the Damascus Gate in occupied East Jerusalem. Like al-Qiq, police accused Booth of incitement. An initial police statement accused Booth of “disturbance of the peace” for “propaganda purposes,” and later explained that the original accusation was “without foundation.” Shortly after, the Israeli Government Press Office released a statement saying, “Freedom of the press is a supreme value in the Israeli democracy.” The Washington Post has barely covered the al-Qiq case, using wire reports.

Israeli interrogators wielding sexual violence is not uncommon. After interrogators beat bloody Palestinian prisoner Rasmea Odeh, her father Josef Odeh was brought in and pressured to have sex with her, according to Alfred Lilienthal’s “The Zionist Connection.” After he refused, interrogators beat both of them before they “spread her legs and shoved the stick into her.”