Israel steps up demolitions in the West Bank 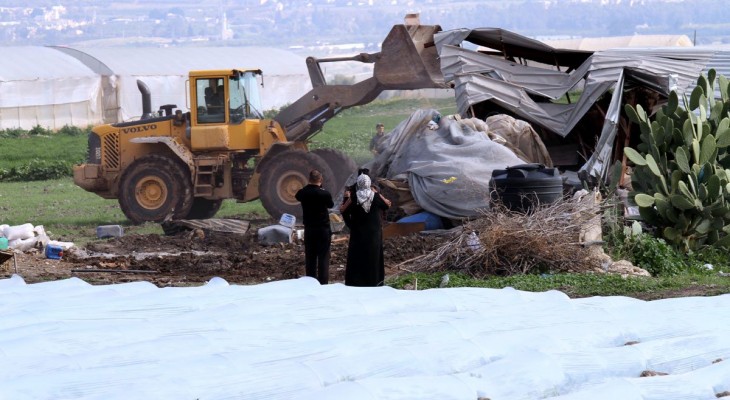 Data indicates that the Israeli Civil Administration has noticeably stepped up its demolition of large Palestinian buildings in Area C of the West Bank since the beginning of the year, which a particular rise during the first half of February.

Based on this information, the Israeli authorities are demolishing an average of 49 large buildings every week, compared to last year’s average of 9 a week.

The demolition operations during this year included at least 93 residential buildings, leaving 480 people homeless, including 220 children.

According to the report, the Ministerial Committee on Settlement Affairs, led by Jewish Home’s Moti Yogev, is pressuring the representatives of the Civil Administration to pick up the pace on demolitions and the evacuation of Palestinians from Area C.

They have also been focusing on demolishing buildings funded by international organisations, especially European organisations.

According to the text of a closed session held in August, the Coordinator of Government Activities in the Territories Yoav Mordechai, stated that an immediate demolition order will be issued against any “illegal and European funded building” and a letter of protest sent to the embassy of the funding country.

According to figures from the UN Office for the Coordination of Humanitarian Affairs (OCHA), 104 buildings funded by European countries have been demolished over the past few weeks, while the number of those demolished or confiscated in 2015 was 108. This suggests a 230 percent increase in the demolition rate.