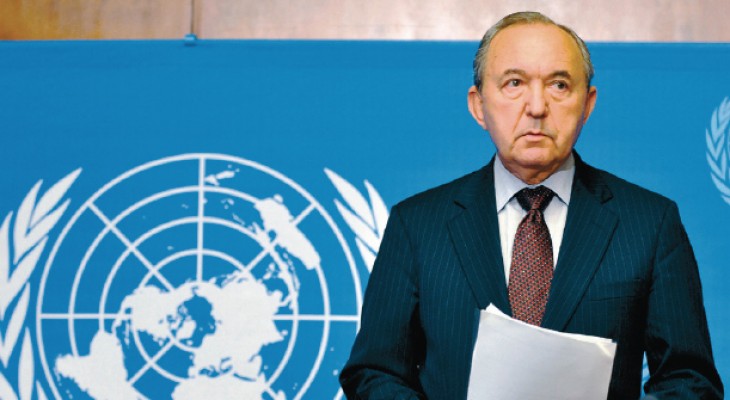 On 3 April 2009, the President of the Human Rights Council established the United Nations Fact Finding Mission on the Gaza Conflict with the mandate “to investigate all violations of international human rights law and international humanitarian law that might have been committed at any time in the context of the military operations that were conducted in Gaza during the period from 27 December 2008 and 18 January 2009, whether before, during or after.”

The appointment of the Mission followed the adoption on 12 January 2009 of resolution S-9/1 on the grave violations of human rights in the Occupied Palestinian Territory, particularly due to the recent Israeli military attacks against the occupied Gaza Strip, by the United Nations Human Rights Council at the end of its ninth special session.

The President appointed Justice Richard Goldstone, former judge of the Constitutional Court of South Africa and former Prosecutor of the International Criminal Tribunals for the former Yugoslavia and Rwanda, to head the Mission.

The other three appointed members were: Professor Christine Chinkin, Professor of International Law at the London School of Economics and Political Science, who was a member of the high-level fact-finding mission to Beit Hanoun (2008); Ms. Hina Jilani, Advocate of the Supreme Court of Pakistan and former Special Representative of the Secretary-General on the situation of human rights defenders, who was a member of the International Commission of Inquiry on Darfur (2004); and Colonel Desmond Travers, a former Officer in Ireland’s Defence Forces and member of the Board of Directors of the Institute for International Criminal Investigations.