The Palestine Pledges at the Irish General Election 2016 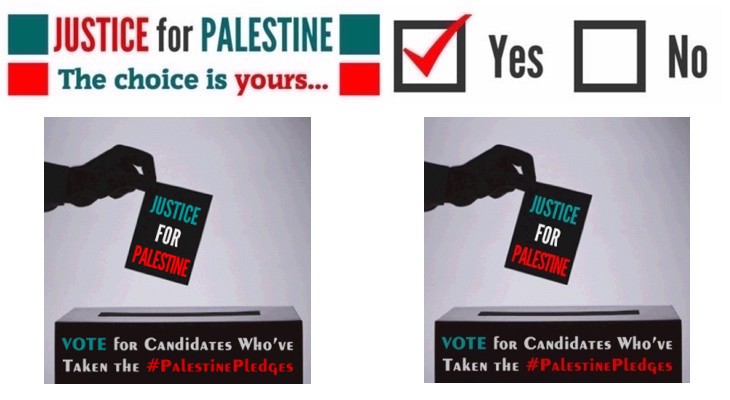 On 9th February the IPSC officially launched a campaign calling on candidates in the General Election to pledge to support justice for Palestine. In a call sent to the hundreds of candidates in forty constituencies – which you can read online here – we have asked aspiring TDs to take two pledges to support concrete actions to help secure freedom, justice and equality for the Palestinian people if elected to Dáil Éireann.

The campaign is asking candidates to publicly commit to two promises which they are calling the #PalestinePledges – background information on each is available here. Responses will be published on this page so that all voters concerned with Palestine can with have an informed opinion about where candidates stand on the issue of justice for the Palestinian people. The asks are as follows:

1 – The Arms Trade Pledge: “I believe that no one should profit from the deaths and occupation of Palestinians, and if elected to Dáil  Éireann I pledge to actively work to end the bilateral arms trade between Ireland and Israel.”

2 – The EuroMed Pledge: “If elected to Dáil Éireann I pledge to actively work to suspend Israel from the EU-Israel Association Agreement (EuroMed), due to its failure to abide by the Human Rights clause in Article 2”