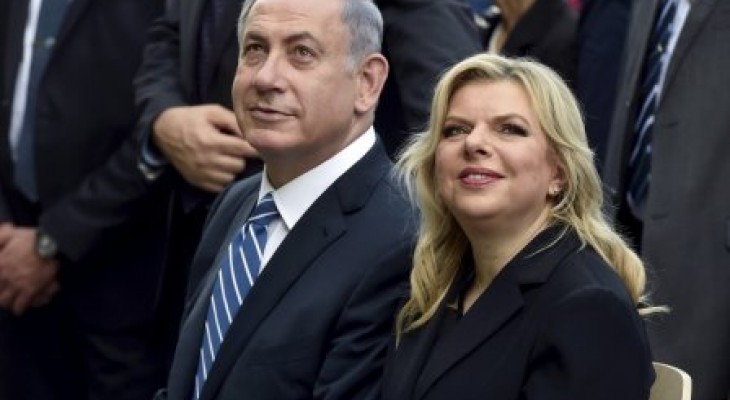 Palestinian human rights activists are calling on Oscar nominees not to accept travel vouchers supplied by the Israeli government as part of the gift bag that will be given to the nominees in the acting and directing categories.

A statement from the Israeli ministry of tourism boasted that its initiative is a chance to have “leading opinion-formers” share their visit “among millions of fans and followers”.

“There are no Hunger Games in Gaza but there is real hunger, and it is induced by years of Israeli occupation and siege. We hope Oscar nominees will take the moral path of rejecting this free propaganda gift from Capitol while its brutal troops and settlers burn and colonize our District 12.”

In 2012, it was revealed that Israel used “calorie count” to severely limit food supply to the 1.8 million Palestinian under siege in Gaza. A top advisor to Israel’s prime minister in 2006 said: “The idea is to put the Palestinians on a diet, but not to make them die of hunger.”

“Israel is desperately trying to fight its increasing international isolation through bribes and intimidation rather than by ending its occupation and apartheid.”

An increasing number of Israeli politicians and intellectuals have admitted that Israel is practicing apartheid against Palestinians. The publisher of Haaretz, a prominent Israeli daily, has recently written that “only international pressure will end Israeli apartheid.”

“Just as Jonathan Demme and Martin Scorsese founded Filmmakers United Against Apartheid to protest the racist regime in South Africa in the 1980s,” added Barghouti, “Palestinian artists and civil society expect Hollywood figures to act with conscience by refusing to lend their name to Israel’s desperate attempts to cover up its war crimes and racism against the Palestinian people.”

“The proposed tour sets out to create the impression that occupied East Jerusalem, including the Old City, is part of Israel despite the fact that the UN, including the US, recognises it as occupied Palestinian territory. This comes at a time when Israel is accelerating its ethnic cleansing and killing of Palestinians in Jerusalem and entrenching its colonialism and apartheid policies.”

The European Union has issued guidelines stating that governments should not recognise Israeli sovereignty over occupied Palestinian territory, including East Jerusalem.

The news about the decision of the Academy to allow Israel to use the awards as a propaganda vehicle comes in the midst of the #OscarsSoWhite scandal. Israel has over 50 racist laws that directly discriminate against its indigenous Palestinian citizens on the basis of race, meeting the UN definition of the crime of apartheid.

“The Academy’s association with Israel further tarnishes its image regarding racism and evokes memories of Hollywood’s past collaboration with criminal regimes,” said Barghouti.

The nonviolent BDS movement for Palestinian rights, launched by Palestinian civil society in 2005, seeks freedom, justice and equality in accordance with international law.

Israeli officials associated with the “Brand Israel” campaign have repeatedly admitted that Israel uses culture as a propaganda tool to show its “prettier face” and whitewash its crimes in an attempt to counteract the fast growing reach and impact of the BDS movement.

Celebrities such as Roger Waters, Elvis Costello and Lauryn Hill have refused to perform in Israel. Thousands of artists and cultural figures in Canada, South Africa, Ireland, the UK, Norway, and elsewhere have come out in support of an institutional cultural boycott of Israel.

Major European firms Veolia, Orange and CRH have all recently quit Israel as a result of BDS campaigns.

Foreign direct investment in Israel dropped by 46% in 2014 as compared to 2013, according to a UN report, partially due to BDS campaigning, as stated by one of the report’s authors.

The Israel Export Institute has revealed that Israel’s exports in 2015 have dropped by 7% over 2014.

Moody’s, a leading credit ratings agency, has warned that “the Israeli economy could suffer should BDS gain greater traction.

Several mainline US churches and student governments across the US have voted to support divestment from companies and banks that are implicated in Israeli violations of international law.