UN: 20 per cent increase in Israeli checkpoints, roadblocks across the West Bank 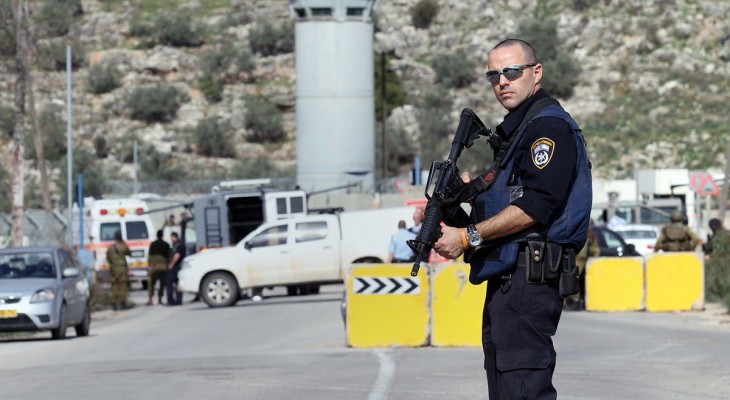 Israeli occupation forces established 91 new obstacles to Palestinian freedom of movement across the West Bank in the final quarter of 2015.

According to a survey conducted at the end of December by UN OCHA, these additional checkpoints, roadblocks, and earth mounds, are in addition to 452 pre-existing obstacles, representing a 20 percent increase in the overall number.

The figures only relate to “those obstacles involving some kind of fixed infrastructure on the ground, thus excluding ad-hoc ‘flying’ checkpoints.”

UN OCHA notes that “the majority of the new obstacles are not staffed…and are located on secondary routes connecting Palestinian communities to main roads used by Israelis, primarily settlers. These obstacles funnel Palestinian traffic into a limited number of junctions, usually controlled by checkpoints staffed by Israeli forces.”

According to the UN agency, “the detours required to reach accessible junctions and the prolonged delays (up to several hours in some cases) at checkpoints have impeded the access of people to services and undermined economic activity. The new closures directly impact, to various degrees, at least 850,000 Palestinians, the vast majority in Hebron governorate.”

In addition, the new checkpoints have themselves become the locations for stabbings or alleged stabbings against Israeli forces, incidents “usually concluding in the killing of the Palestinian perpetrator or suspected perpetrator.” One checkpoint near Hebron, for example, has “witnessed seven such attacks and alleged attacks, resulting in six Palestinian fatalities and five Israeli injuries.”

UN OCHA also notes that nine out of 42 obstacles deployed by Israeli occupation forces in East Jerusalem during October now remain in place.