Spokesperson for the UN High Commissioner for Human Rights on Israel: Cécile Pouilly 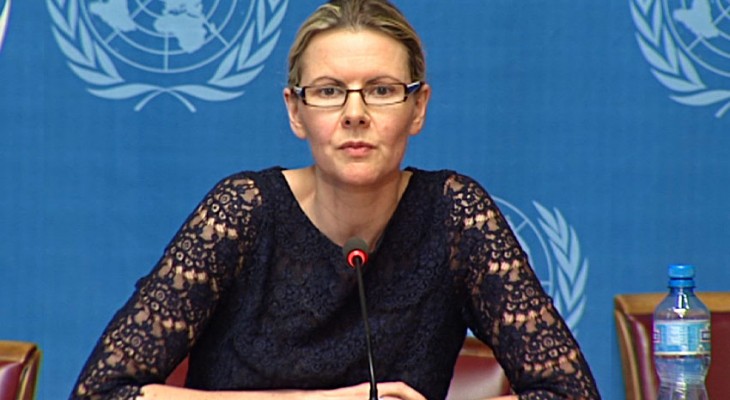 We are extremely concerned at the rapidly deteriorating health of Mohammed Al-Qiq, a Palestinian journalist who is on hunger strike in Israel to protest against his administrative detention and the ill-treatment he alleges since his arrest on 21 November 2015.

Mr Al-Qiq has been on hunger strike for over 70 days and is reportedly in a very dangerous condition. His doctors have informed him of the possibility of irreversible damage to his health.

Yesterday, the Israeli High Court decided to suspend his administrative detention until he regains his health and is able to leave hospital, at which point the order could be applied again on the basis that he becomes a security threat.

We reiterate our concerns at the situation of Palestinian administrative detainees who are held without charge or trial by the Israeli authorities, often on the basis of secret evidence, for periods of up to six months which are extendable indefinitely.

We call, once again, upon the Israeli authorities to end their practice of administrative detention and to either release immediately or promptly charge and prosecute all administrative detainees, with all the judicial guarantees required by international human rights law and standards.

We also urge the Israeli authorities to investigate all allegations of ill-treatment in an independent, prompt and thorough manner.