More than one third of Syria’s Palestinians have been displaced 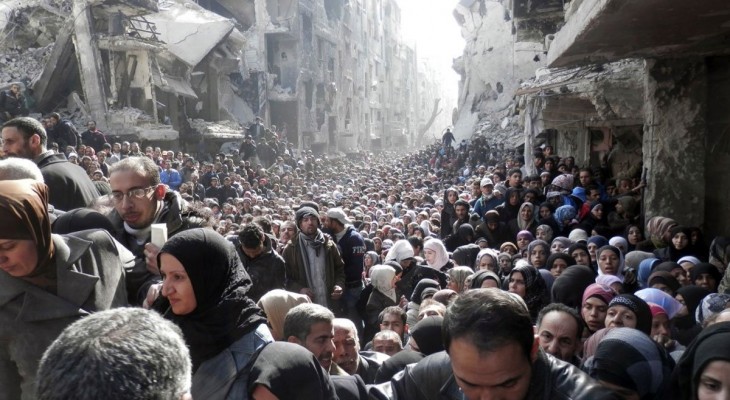 More than one third of the 500,000 Palestinian refugees in Syria have been displaced by the ongoing conflict, a new report has revealed.

The Action Group for Palestinian Refugees in Syria said the refugees were displaced after their camps were either subjected to air raids or caught up in clashes.

The semi-annual report said that more than 71,200 Palestinian refugees have reached Europe after Syria’s neighbouring countries prevented them from entering their lands formally.

The report, which addresses all aspects of the issue of Syria’s Palestinians, focuses on a number of indicators of living conditions such as demographic and economic indicators and human rights violations.

The report covers the condition of Palestinians in all refugee camps in Syria as well as in areas where Palestinians are concentrated in the country. Addition it outlines their situation in the countries where they have been displaced after the war, such as Lebanon, Jordan, Turkey, Brazil and Europe.