Aya must not be left behind

By: Pierre Krahenbuhl is the the Commissioner General of UNRWA 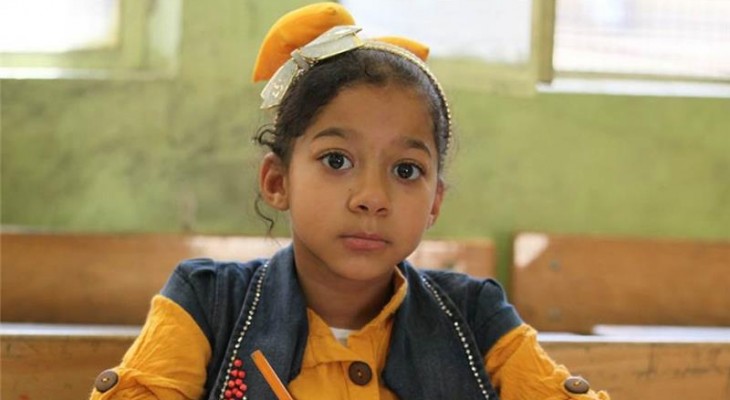 The international conference on Syria today in London is an opportune moment to remember that all wars, in particular this most catastrophic conflagration, are measured by their human cost.

Aya Kassem is a seven-year-old Palestinian refugee from Damascus. A mortar attack mutilated her leg which had to be amputated. Courageously, and after a series of operations, Aya has learned to walk again. Her fortitude and sheer enthusiasm at the prospect of continuing her education are humbling.

With determination beyond her years, she told us: "It made me happy to go to school to meet friends and learn things that I never knew."

Aya illustrates the very real and individual consequences of the Syrian conflict. Like so many, hers is a destiny that must be nurtured and respected.

Nearly 12 million people have been forced to flee their homes; some 6.5 million are internally displaced; meanwhile 4.2 million have fled to neighbouring countries. Inside Syria, 13.5 million people are in need of humanitarian assistance.

Less attention is given to 560,000 Palestine refugees in Syria that have found themselves caught up in the conflict.

They are survivors and children of survivors of the catastrophe or Nakba that befell the Palestinian people, when the 1948 Arab-Israeli war saw 750,000 Palestinians become refugees; they fled or were forced to flee their homes into neighbouring countries including Syria.

Today the tragedy of their continuing displacement and exile, as part of a group of more than five million Palestine refugees across the region, is as yet unresolved.

An estimated 450,000 of the 560,000 Palestine refugees registered with the United Nations Relief and Works Agency (UNRWA) in Syria remain inside the country; over 60 percent - 280,000 people - are internally displaced. This includes tens of thousands who are trapped in areas of active conflict, such as the Yarmouk refugee camp in Damascus.

Though Yarmouk has sometimes made headlines, all 12 Palestine refugee camps in Syria have been affected by the fighting. We are dealing with yet another generation of Palestinians facing dispossession, displacement, destitution and loss of life.

Of the Palestine refugees from Syria who have been forced again into exile, around 42,000 have fled to Lebanon and more than 17,000 to Jordan, living a precarious, marginalised existence - dependent on UNRWA for basic subsistence needs.

While their number there has been static for some time, others are taking the more desperate voyage to Europe by boat.

UNRWA has a demonstrated capacity to meet Palestine refugee needs in Syria and beyond, when adequately funded. The agency has one of the largest presences of personnel in the country; our 4,000 staff have a deep and long-standing experience of the context.

We are uniquely placed to help Palestine refugees to deal with the multiplicity of traumas and needs they face and we have a demonstrable ability to resume service provisions in Syria's rare "post-conflict" pockets.

Some 15 UNRWA health centres and 11 health points - temporary makeshift clinics in conflict-affected areas - conducted several hundred thousand consultations. Against considerable odds, our work daily demonstrates the value of preserving education and health services to ensure that no one is left behind; that there should be no lost generation.

UNRWA combines an ability to respond to immediate emergency needs while at the same time providing longer-term development. We do so under one roof as part of one seamless, sustained intervention.

So in addition to the human development work described above, in 2016, with the support of our donors and partners, we are planning a broad range of emergency programmes; food and cash for 430,000 people inside Syria and education and healthcare for the 60,000 Palestinians who have fled to Lebanon and Jordan.

Some 95 percent of Palestinians in Syria are reliant on URNWA aid. Our support is often the difference between life and death. The significance of this cannot be underestimated, particularly among a population which increasingly seeks protection and services outside the Middle East.

With the conflict soon entering its sixth year, nothing today is more important than progress at the Geneva talks. Robust political action is needed to resolve the conflict and bring about accountability for violations of international law.

In the meantime, we intend to energetically uphold the rights of Palestine refugees, in Syria and throughout the Middle East. Their plight and the uncertainty they face has gone on for far too long. Their tragedy is one that the world cannot overlook.

In a region where hope and prospects are elusive at best, I return to Aya. Much remains to be done beyond saving her life and helping her to recover from the immediate trauma of losing her leg. Propelled by her ambition to achieve a full education, UNRWA will seek to sustain her through her youth and to adulthood, hoping that opportunities and achievement will lie ahead.

Aya is a Palestine refugee, with her aspirations, pride and dignity. She is a citizen of the world and as such she should not be left behind.