EU Concerned over Cycle of Violence, Calls for Action, Calm 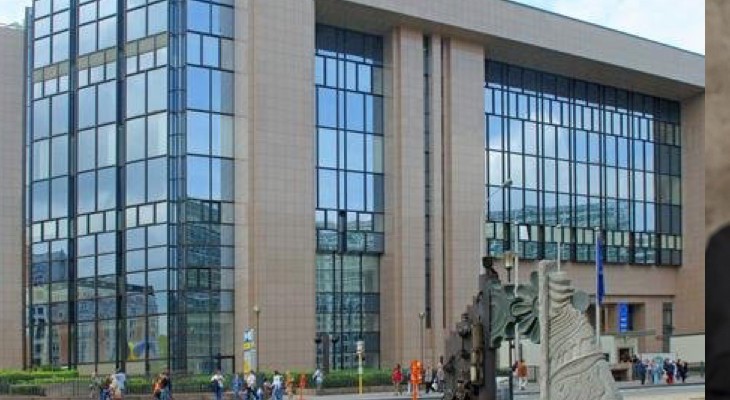 Council of the European Union Monday expressed deep concern over the ongoing cycle of violence, which led to the death of 162 Palestinians and 29 Israelis and described it as “a serious loss of human life”.

In a press statement, the EU firmly condemned “the terror attacks and violence from all sides and in any circumstances, including the death of children.”

It called on political leaders to work to contribute to calm and address the underlying causes of the tensions, while recalling the special significance of the holy sites and upholding the status quo put in place in 1967 for al-Aqsa Mosque compound with respect to Jordan's special role.

It further urged involved parties to abstain from actions that would aggravate the situation while at the same time commended both sides for upholding security coordination in the light of an extremely challenging situation.

The progress on the Duma crime investigation, in which Israeli settlers burned a family of four alive killing three, was welcomed by the EU. It called on Israel to hold all perpetrators of settler violence accountable and on both sides to establish a mechanism to consult on incitement along the lines of their previous commitments to fight incitement and hate speech.

Affirming that security measures alone cannot stop the cycle of violence, the EU said it is convinced only the reestablishment of a political horizon and the resumption of dialogue can stop the violence.

“The EU reaffirmed its support to the Quartet calls for significant transformative steps to be taken, consistent with the transition envisaged by prior agreements, in order to restore confidence and rebuild trust.”

The implementation of these measures was pushed for by the EU and a fundamental change of policy by Israel with regard to the occupied Palestinian territory, particularly in Area C, is thought to help in increasing economic opportunities, empowering Palestinian institutions and enhancing stability and security for both Israelis and Palestinians.

Asserting its commitment to achieving the two-state solution, the EU said the solution should meet Israeli and Palestinian security needs and Palestinian aspirations for statehood and sovereignty.

It should also end the occupation that began in 1967, and resolve all permanent status issues in order to end the conflict, the EU stated.

The EU strongly opposed actions, which undermine the viability of the two-state solution and urged Palestinians and Israelis to demonstrate commitment to a two-state solution in order to rebuild trust and create a path back to meaningful negotiations.

It pledged to continue to monitor developments on the ground and their broader implications and consider further action in order to protect the viability of the two-state solution.

“Securing a just and lasting peace, ending all claims, will require an increased common international effort. The EU, including through the action of its Special Representative, will work actively with all relevant stakeholders, including partners in the Quartet, notably the United States, in the region and in the United Nations Security Council, towards a renewed multilateral approach to the peace process.”

The EU called for the protection of children, including ensuring the right to education in a safe and secure school environment, while the council highlighted the importance of unhindered work of civil society both in Israel and the occupied Palestinian territory and follows recent developments in this regard with concern.

It confirmed strong opposition to the Israeli policy of settlements, saying they are illegal and “constitute an obstacle to peace and threaten to make a two state solution impossible.”

The council said they also oppose building the separation barrier beyond the 1967 line, demolitions and confiscation - including of EU funded projects - evictions, forced transfers including of Bedouins, illegal outposts and restrictions of movement and access.

“The EU and its Member States are committed to ensure continued, full and effective implementation of existing EU legislation and bilateral arrangements applicable to settlements products.”

Meanwhile, the EU expressed commitment to ensure that “all agreements between the State of Israel and the EU must unequivocally and explicitly indicate their inapplicability to the territories occupied by Israel in 1967. This does not constitute a boycott of Israel which the EU strongly opposes.”

The EU called to achieve the reconciliation process and democratic elections and pledged support to Palestinian aspirations for Statehood.

It further urged the Palestinian sides to make the reconstruction of Gaza an overarching national priority especially as regards to health, energy and access to water, saying “the Palestinian Authority must fully resume its governmental functions in Gaza, as it is an integral part of a future Palestinian state.”

Concerning the Gaza reconstruction process, the EU called on Israel to lifting restrictions on movement of people, services and goods - particularly those designated as 'dual-use items' - to allow reconstruction efforts and basic service delivery.

The EU called all parties, state and non-state actors to guarantee unimpeded humanitarian access to Gaza and to swiftly honour their pledges.