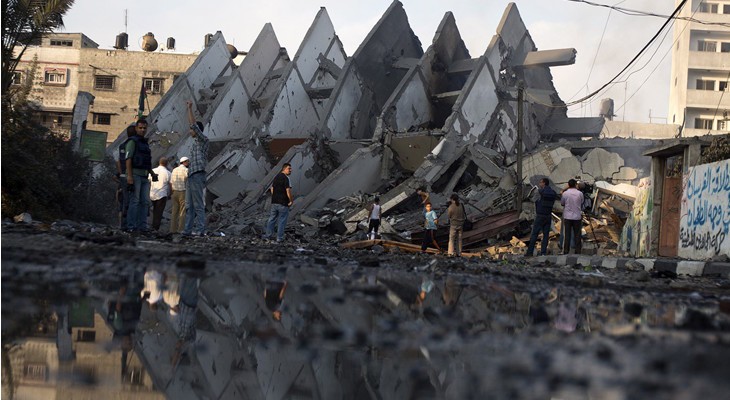 In another feeble attempt of pretending to take action against Israel, the European Union (EU) is considering demanding reimbursement from Israel for the demolition of buildings donated to Palestinian bedouins in the E-1 area, Haaretz reported today.

Israel has a history of destroying EU funded shelters for Palestinians whilst illegally expanding settlements in Occupied Palestine, but this is not news. It also isn't news that Israel is breaking a number of European, Human Rights and International laws, UN Resolutions and Geneva Conventions. Yet it seems the EU are more concerned about going out of pocket for the approximately 110 million Euros they have spent on such projects than holding Israel accountable to uphold European and International Law.

As usual, the European Union enjoy pushing papers and throwing stern words around for appearances but fail to deliver or even try in some cases, as for example when they "consider" to take some type of futile action against Israel. Just like the recent hoo-ha that was made about the EU publishing guidelines to label illegal products from Israeli colonies, instead of actually banning them.

This lovers dance between the EU and Israel for appearance doesn't fool anyone. We know that regarding the matter of the E-1 area, a decision was made for an "informal technical dialogue" to "discuss the issue that will not be discussed publicly" between Israel and the EU Ambassador in Israel. Israel has destroyed 408 out of the 974 structures built in 2014 and still the EU are happy to have informal and secretive conversations about one of Israel's many actions of blatant disregard for international law. It makes you wonder why the EU is tending to Israel like a mother tending to her children, whilst allowing the Palestinians to be killed, displaced and suffer. Of course, the answer is clear. The EU benefits from its relationship with Israel and on the side of the oppressor.

Omar Barghouti pointed out in the Politico, the EU have a lot of action to take to end it's complicity with Israeli crimes. He states "Ignoring its obligations under international law and, in particular, the ruling of the International Court of Justice in 2004 against Israel’s illegal wall, the EU maintains a web of military relations, weapons research, banking transactions and settlement trade with Israeli companies, banks and institutions that are deeply implicated in human rights violations." Not to mention war crimes and possible crimes against humanity.

Support for the Palestinians has grown within the EU as public opinion polls clearly show, but it's also clear that it is the BDS movement that has any chance of making a dent at weakening Israel, not the EU's half hearted attempts to keep up appearances and de facto prolonging Israel's tyrannic reign.