Hamas: Between Efforts to Politicise the Court and Demands of Justice. By: Dr Adib Ziadeh 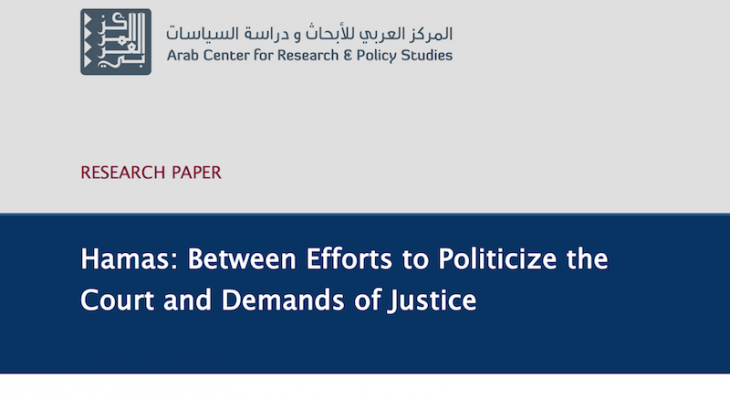 For the two contending sides in any conflict, the give-and-take of pain-inducing blows is somewhat a given. Hamas, the Islamic Resistance Movement, has suffered a good many such blows over the course of its history. The punches that its military division dealt its Israeli adversary in the 2014 battle it had named “the scattered remnants” (al- ‘Asf al-Ma’koul), shattered the Israeli army’s pride.

The latest blow by Hamas, however, is perhaps the most prominent and most devastating of blows delivered to Israel in recent times: in the midst of Hamas’ commemorations of the 27th anniversary of the movement’s launch, the European General Court, on December 17, 2014, surprised observers with its decision to drop Hamas from the EU’s list of terrorist organisations.

The decision jolted European and Israeli circles alike, a remarkable development with repercussions that merit examination.

Click here to read the Research Paper in full: