Artists bring color to besieged Gaza before the New Year 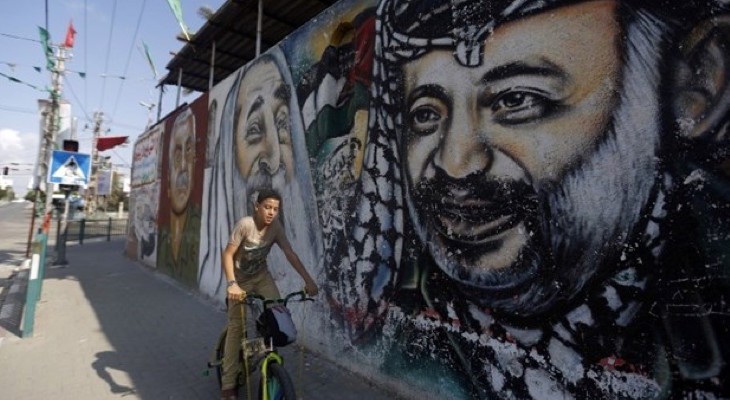 Artists in the Gaza Strip used graffiti and sand sculpture to bring color to the besieged enclave in the lead up to the new year, artists said.

Bilal Khalid, a graffiti artist from Gaza told Ma’an that the graffiti had an obvious message: “Gaza loves life." Khalid said that Italian graffiti artists traveled to the strip in effort to send messages reflecting the "bright side" of the strip's residents, despite three brutal wars in the last six years.

“We hope that by the end of this year all our messages reach the world, to whom we say: 'Look at the people of Gaza who love life and not war,'" Khalid said.

Osamah Sbeita, a sand artist from Gaza, said that sand sculptures and graffiti are aspects of "happiness and celebration" seeking to emit hope for the new year.

“We take advantage of all occasions that embody humanitarian issues. Gaza, despite the siege and the hard conditions it has been living insists on being alive and expresses its talents by all means.”

Desperation among Gazans reached an all time high following Israel's offensive on the strip in the summer of 2014, leaving over 2000 residents dead and more than 100,000 homeless.

Reconstruction efforts have been slow, and the United Nations earlier this year said that "social, health and security-related ramifications of the high population density and overcrowding are among the factors that may render Gaza unlivable by 2020."

Gazan security sources told international news agency AFP in September that rates of suicide in the strip were "frightening" and "near-daily," and a Palestinian polling center reported earlier this year that over half of Gazans would emigrate if they had the opportunity to.

An over nine-year Israeli military blockade -- upheld by Egypt on the southern border -- has continually deprived Palestinians in the Gaza Strip of basic needs, and the majority of the strip depends on foreign aid.