Rafah crossing: a sacrifice Gazans are unwilling to make. By: Imogen Lambert 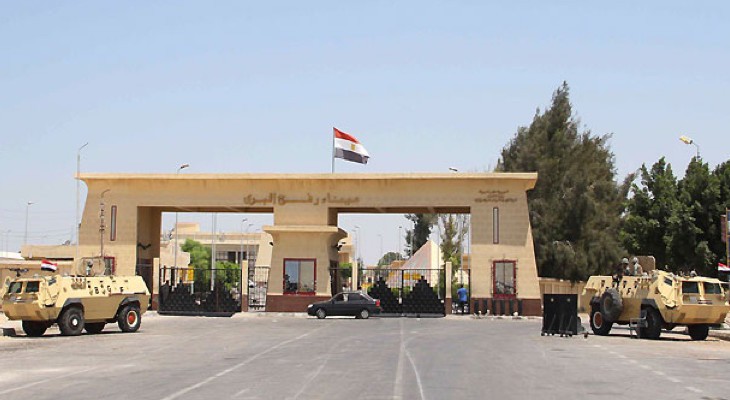 Since the closure of the Rafah Border Crossing in 2013, the cliché that "Gaza is an open-air prison" has become more of a truism.

For what perhaps isolates Gaza from other war-torn areas in the region is the painful immobility experienced by its residents.

Now, even Palestinians who have a chance to make a better life abroad are unable to do so without passing through the Israeli-controlled Erez crossing.

Young Gazans, who have a visa on their passport and have managed to secure competitive scholarships abroad, remain trapped in the Strip.

Families are separated across the border and Skype marriages by proxy have become common.

The economic situation has become dire - businesses have been forced to close and patients are unable to access urgent hospital treatment in Egypt.

Most of the Gaza's residents feel its effects everyday, and are unable to look forward to a future – within, and outside, the blockaded coastal strip.

Yet Palestinians' views diverge on the extent to which Hamas is responsible.

Last week, a deal was reportedly reached between the Palestinian Authority, based in the West Bank, and Egypt to open the Rafah crossing on the condition that Palestinian legislative guards take over control.

However, Hamas spokesperson Abu Zuhri called the plan a "unilateral arrangement" that "ignored the reality on the ground," and implied that Hamas would oppose any Rafah agreements made without Hamas involvement.

Following this, Gazans took to Twitter to pressure Hamas to open the Rafah crossing, with many criticising Hamas' stance as politically driven and selfish.

"Away from internal feuds and disputes and in order to rescue the lives of patients and help students to continue their education, for God sake, please hand over the crossing point." Ibrahim Abu Sha'ar, a social media activist.

As many Gazans become desperate to see a future, Ibrahim is not alone in his frustration.

"Hamas is responsible, I do not care about anything but the people - the sick students stays employers", said Ahmed, a young Gazan who has spent $6,000 attempting to leave Gaza, to no avail, calling Hamas' position selfish.

"The offer was for all those who worked previously at the crossing to return to work with their colleagues working there now, under your supervision (Fatah and the Palestinian Authority) but you refused it," he wrote.

Hamas leader, Ibrahim Radwan, told al-Araby al-Jadeed that Hamas was willing to hand over the crossing to a neutral Palestinian entity to "regulate its opening and reduce the suffering resulting from the blockade and the long closures of the crossing because of the security conditions in Sinai."

Radwan said that the Egyptian authorities have closed Rafah because of the unrest in Sinai and Arish, and not because Hamas is present at the crossing, as Fatah claims.

Meanwhile, Fatah spokesman, Fayez Abu Aita told al-Araby al-Jadeed that the Palestinian Authority is willing to take over the Rafah crossing, in accordance with Egyptian conditions.

Abu Aita said it was important for Hamas to hand over the crossing to the consensus government, in accordance to a failed unity agreement in 2012.

Abu Aita claimed that one of the biggest obstacles are the conditions set by Hamas, which wants partnership in running the crossing.

"Factions or parties have no role in running the crossings. Partnership should be political and not in running government institutions," he said.

Despite the onslaught of criticism towards Hamas, many still support the organisation's stance, placing blame of the blockade firmly on Egypt and Israel.

"Brothers and sisters... do you have minimum guarantee that Egypt will open the crossing guard if Abbas was in power?" said journalist Abdallah Saafin on Facebook, who retold the story of being caught in cross-fire between two feuding families when the PA was in power in the coastal strip and the crossing.

Hamas has attracted praise since coming into power in Gaza for asserting discipline, disarming militias and families.

However, some say that this came at the expense of the party as a resistance force and their new pragmatic approach should also apply to their relationship with Fatah.

"They can simply accept a deal to bring a force from PA to manage the border. By this step they could convince the people that they are working for them and make Abbas bear the expense in this with Egypt," said Palestinian analyst Rami Khrais.

"And on the other side, this step would weaken the position of Abbas and Egypt making the crossing their responsibility," he said.

Additionally some Gazans refuse to defend Hamas and their control of Gaza on the grounds of the group being part of "the resistance," as their duel role of government means they have developed other interests rather than simply being a resistance faction.

"The compromise that Hamas trying to establish between being a resistance movement and being a government with special interests is not sustainable," he said.

Khrais pointed out that Hamas have profited off their control of the Rafah crossing, being able to collect extortionate fees for crossing and taxing goods that pass through the area.

As Hamas attempt to balance between their role as a resistance faction and simoultaniously remedy Gaza's everyday concerns, some feel that this has lead to them "dealing with the devil".

This includes former head of Gaza preventative security and arch-enemy of Hamas, Mohammed Dahlan, who might be placed to rehabilitate Hamas within the context of Egypt.

However, as the PA and the legacies of Oslo have come under fire for security coordination with Israel, many still defend Hamas as a resistance faction due their more antagonistic relationship with Israel compared to the Fatah-dominated PA.

"Any invitation to give control of the resistance to Gaza for the benefit of security coordinators with Israel in Ramallah…is a call to surrender," writer Tamim Bourghouti said on Facebook.

Many others agree with defending a Gazan crossing independant of control from either the PA or Israel.

"In the end, we should keep Hamas strong, and to do that they need weapons...the PA taking control of the crossing would be the first step to disarm Hamas, with the ultimate aim of overthrowing them," said a Palestinian analyst.

Some Gazans criticised similar sentiments, saying those outside Gaza, such as Bourghouti need to pay the price of having such as stance.

Similarly, although many Gazans were supportive of the individual sacrifices made by those fighting in the 2014 Gaza war, as time went on polls and general sentiment has showed many are now doubtful that the huge sacrifices elicited much in return.

"National liberation is difficult and requires a lot of sacrifice Palestinians have shown they are ready for unlimited amount of sacrifice even when there was no clear national project - or light at the end of the tunnel - the problem is, the leadership always lags behind on all fronts," said Mohammed, an activist from the West Bank.

As some young Gazans increasingly feel that they have sacrificed enough for national liberation and seen little gain, Rafah crossing may be one sacrifice too many.

Considering the political deadlock that the issue of Rafah crossing has imposed on political discourse within Palestine, the border's contrainsts extend beyond imprisoning Gazans desperate for a future.