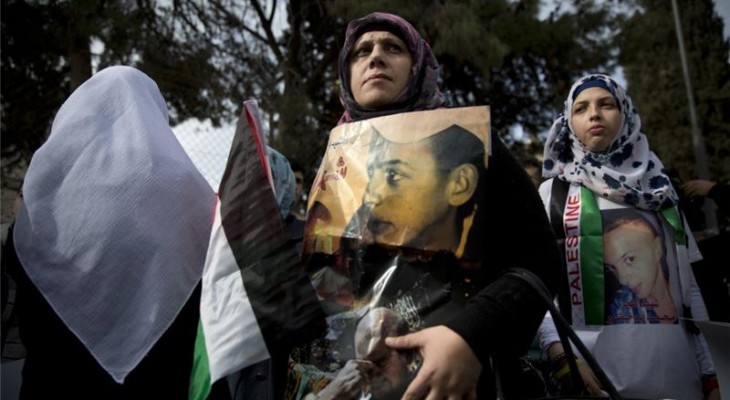 An Israeli court has found two Israeli teenagers guilty in the murder case of a 16-year-old Palestinian who was abducted, beaten and burned alive last year.

Mohammed Abu Khdeir was abducted outside his home in Shuafat in East Jerusalem and driven to a forest, where he was burned alive on July 2, 2014.

A third Israeli - considered the main suspect in the case - was found responsible by a Jerusalem district court on Monday, but his verdict was delayed after his lawyers submitted an insanity plea.

The court is expected to consider the plea on December 20. Sentences in the trial are expected on January 13.

The two minors found guilty say they were involved only in the abduction of Abu Khdeir, not the killing.

Abu Khdeir's killing led to the worst riots in Jerusalem in a decade, spreading to Palestinian cities in Israel and the West Bank.

Just days after the murder, the war on Gaza began.

It caused the deaths of more than 2,100 Palestinians, mostly civilians, while Israel counted 73 dead on its side, mostly soldiers.