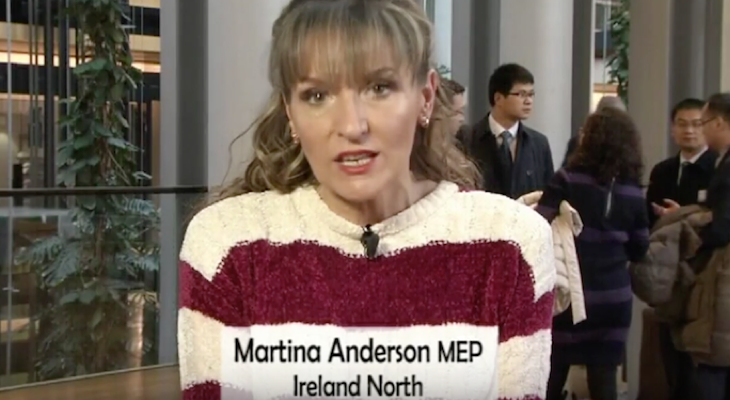 "The continuation of the Israeli occupation and its persistence with colonial settlement activities, cruel arrests and detention of civilians, affirm Israel's arrogance and intransigence, its violations of international law, its rejection of peace and its adherence instead to the ideology of colonial expansion, subjugation and greed.

"Ending the injustice inflicted on the people of Palestine is a moral and humanitarian responsibility. The international community should compel Israel, the occupying power, to abide by international law to put an end to its violations and its illegal, aggressive and destructive practices.

Chair of the Delegation of Relations with Palestine in the European Parliament, Ms Anderson continued,

"The status quo under occupation and the Israeli iron fist is unsustainable as it keeps the region in a constant spiral of violence, bloodshed and conflict.

"The Palestine people have the right to enjoy freedom, dignity, sovereignty and independence in their Palestinian state with East Jerusalem as its capital. Similar to the north, peace is their ultimate goal.

"In the run up to the International Day of Solidarity with the Palestinian people I would like to reiterate my call to place Palestine and its people under international protection. The occupiers will not protect the occupied.

"I am hoping you can join me in Derry at 5pm on Sunday, as we stand in unity with the Palestinian people, as we send a strong message of support to them and their struggle.

"Israel's blockade of Gaza must end. Israel's settler activity and terror must end. The collective punishment of Palestinian youths must end and in order to secure peace & stability in the region the occupation must end."