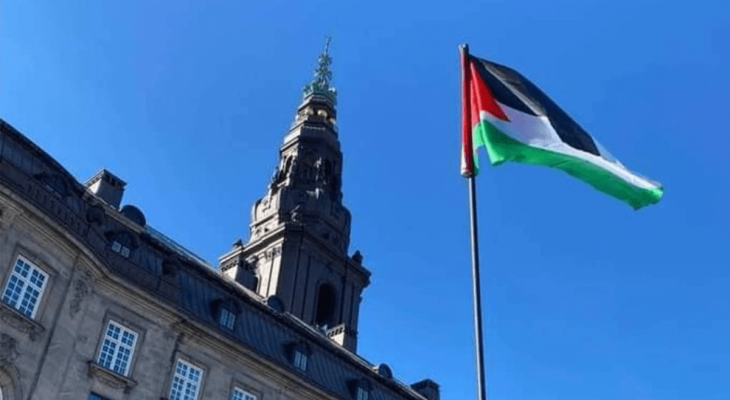 The Palestinian flag was raised outside the Danish Parliament building in the capital Copenhagen yesterday, in the first such event to mark Palestinian Flag Day.

Organised by the Forum of the Palestinian Community in Denmark and House 48, the event was held in the presence of the Ambassador of the State of Palestine to Denmark, Manuel Hassassian, and Danish Parliament Member, Sikander Siddik.

For the first time in Europe, the Palestinian flag is flying outside Parliament in Copenhagen on September 21, 2021 [@prclondon/Twitter]

Speakers stressed the right of the Palestinian people to self-determination and the establishment of their own independent state with Jerusalem as its capital. They called on the Danish government to recognise the State of Palestine and act to stop the criminal practices of the Israeli occupation, WAFA reported. They also stressed the right of the Palestinian prisoners in Israeli jails to freedom.

Palestinians around the world mark Flag Day on 30 September 30 marking the day President Mahmoud Abbas raised the Palestinian flag outside the United Nations headquarters in New York for the first time in 2015.