BRITAIN IS ENSURING THE DEATH OF A PALESTINIAN STATE 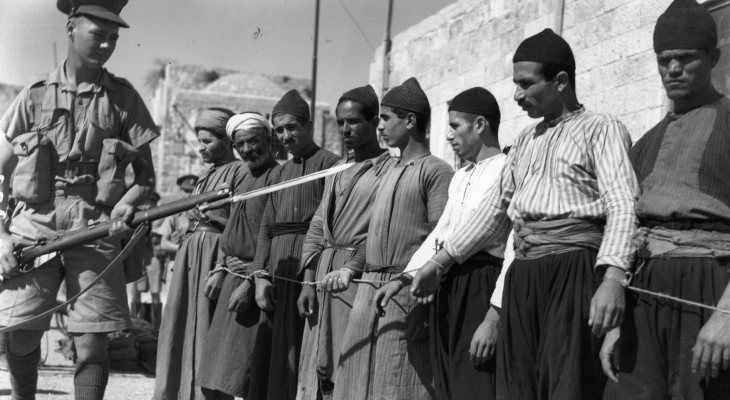 Britain today is a secondary actor in the international arena and its ability to influence the so-called peace process in Israel and Palestine is limited. It cannot be considered a significant contributor to efforts to find a solution to Israel’s continued colonisation and occupation of Palestine.

Yet Britain bears massive historical responsibility for the situation of the Palestinian people and shares the overall Western blame for the present reality in the occupied territories.

In 1917, after the so-called Balfour Declaration, Britain enabled the settler colonial movement of Zionism to begin a project of state building in Palestine. During its subsequent rule as a ‘mandatory’ power, the UK provided assistance to the small community of Jewish settlers to build the infrastructure of their future state, while being aware that the indigenous people of Palestine, who were 90% of the population in 1917, rejected this prospect.

Support was given while many British officials on the ground were aware of the Zionist desire to take as much of Palestine as possible and have in it few Palestinians.

Then came the Nakba (catastrophe), the Zionist ethnic cleansing of Palestine in 1948, when British officials and officers responsible for law and order watched passively as Israel expelled half of Palestine’s population, destroyed half of its villages, and demolished most of its urban space.

Each such chapter in this history should have left some residues of guilt and a sense of accountability on the part of the British establishment, but it did not.

For example, Britain’s shameful policies did not prevent it from joining Israel in an attempt to topple the most pro-Palestinian Arab leader, Egyptian leader Gamal Abdul Nasser, in 1956.

And while Britain was a co-author of UN resolution 242, which could have led to a full Israeli withdrawal from the West Bank and the Gaza Strip in 1967, it did very little to insist on its implementation as a permanent member of the UN security council.

Then came years of systematic and daily abuses of the Palestinians’ basic civil and human rights. The British consulate in East Jerusalem, and the British legation in Ramallah in the West Bank, hosted decent diplomats over the years, some of whom I knew personally.

But their reports were dumped and left in Whitehall’s amnesiac memory hole. One day a researcher investigating these forgotten reports will be able to compile a revealing journal of the occupation and its evils.

While still a member of the European Union, Britain diligently followed EU policies of not standing up with any seriousness for the Palestinians and their plight.

There was stronger British condemnation during the brutal Israeli attacks on the Gaza Strip in 2012 and 2014, but these protestations were not followed by meaningful action.

The UK, alongside France and Germany, led an EU policy that here and there condemned Israeli human rights violations in the occupied territories. More significantly it moved to label goods as coming from the illegal Jewish settlements, a policy which allowed conscientious European consumers to boycott the products their governments were refusing to.

But all in all, the policy continued to provide a shield of immunity for Israeli actions on the ground.

A potentially symbolic moment arrived on 2 November 2017 – the centenary of the Balfour Declaration. It could have been a moment of reckoning for Britain, but it was not.

Instead, the government of Theresa May celebrated with Israel’s prime minister Benjamin Netanyahu the moment the UK gave carte blanche to the Zionist movement to colonise Palestine.

There is a pattern to British policy that can be identified today as it could in 1948: staff on the ground watch and report the destruction of Palestinian life and the apartheid aspects of Israel while UK policy-makers remain loyal to the description of Israel as the only democracy in the Middle East.

Like previous UK governments, official Britain has stalled when it needed to articulate clear positions on key issues such as recognition of Palestine and investigations by the International Criminal Court (ICC) into crimes committed in the occupied territories.

When asked for clarification on the question of Palestinian statehood, then foreign secretary Dominic Raab sent a letter in February this year to the Balfour Project, which monitors Britain’s past and current stance towards Palestine. He reiterated an old position: “The British Government will recognise a Palestinian state at a time when it best serves the objective of peace”.

I do not think this needs much elaboration or interpretation. It is a rehash of an old Israeli position that claims that Israel’s abuses of Palestinian rights will cease once ‘peace’ is achieved, while Israel makes no genuine effort to end the occupation and colonisation.

Facts on the ground

But there is a more profound issue at hand. Like the EU, Britain is part of a Western consortium that claims to be helping the Palestinians build a state of their own. This stems from the declared British and European support for the ‘two-state’ solution: a Palestinian state side-by-side with Israel.

But the British government knows all too well that with every passing day unilateral Israeli policy establishes facts on the ground in the occupied territories – notably, settlements – that render an independent Palestine impossible.

Yet, Britain still employs the discourse of the two-state solution, despite the fact Israel has already killed the idea and seeks to create a de facto Greater Israel.

Moreover, no real steps are being taken against the more immediate consequences of this unilateral policy which include the ethnic cleansing of Palestinians in Israeli-controlled ‘Area C’ in the West Bank (nearly 60% of it) and in Greater Jerusalem as well as the continued inhuman siege of the Gaza Strip.

The same hypocrisy is revealed in British policy towards the ICC. Boris Johnson recently confirmed the UK government opposes the ICC investigating Israeli war crimes in the occupied territories. He said the UK government “do not accept that the ICC has jurisdiction in this instance” partly since “Palestine is not a sovereign state”.

Johnson’s foreign minister, James Cleverly, repeated the position in parliament last week. He said the reason the UK opposes an ICC investigation is because “the UK does not currently recognise Palestinian statehood.”

Britain’s position on the two-state solution is not entirely its fault. As long as the Palestinian Authority itself supports it, one cannot expect Britain not to support it.

But it is important to recognise that the body of this ‘solution’ has been in the morgue for quite a while, but nobody dares to have a funeral.

Its death means that while countries like Britain continue to superficially endorse the two-state solution, Israel is becoming established as a full-blown apartheid state — with international blessing.

Implicitly, UK assistance to Israel in continuing its politics of dispossession is ensured through domestic politics where the Israel lobby has successfully launched an assault on freedom of thought on the issue. The demonisation of former Labour leader Jeremy Corbyn and the false allegation about institutional antisemitism in the Labour Party were part of it.

The UK government’s adoption of the controversial International Holocaust Remembrance Alliance (IHRA) definition of antisemitism indicates that domestic British policies cannot be disassociated from foreign policy towards Israel and Palestine.

In its present form, this definition does not allow any serious criticism of the state of Israel and its policies towards the Palestinians. It prevents civil society from playing a meaningful role in shaping the UK’s foreign policy on the issue.

Both communities secretary Robert Jenrick and education secretary Gavin Williamson threatened last year to withdraw government funding from universities that did not adopt the IHRA definition.

This weaponisation of the issue aims to silence open discussion of Palestine on campuses and has to be seen as part of overall British policy towards Israel and Palestine.

British troops are also present in Israel, admittedly in small numbers, but they offer training services to the Israel Defence Forces.

Britain played a crucial role in the catastrophe that befell the Palestinian people in 1948, and later continued policies disregarding Palestinians’ rights and basic aspirations for a normal life in their homeland.

In this century, Britain has been part of a continued European policy that provides immunity for Israel’s actions on the ground. This stance does not reflect British civil society’s sense of responsibility about the past and concern for the Israel’s systematic abuse of Palestinian civil and human rights. The UK government urgently needs to reorient an old, biased and immoral policy towards a people and land who are experiencing an “ongoing Nakba”.