While Welcome, Liberal Democrat Conference Motion on Israel-Palestine Leaves Much to be Desired 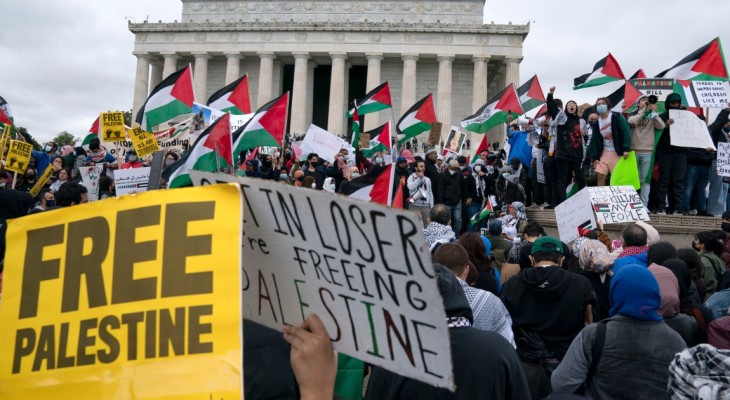 On Monday 20 September, on the fourth and final day of the Liberal Democrat Online Autumn Conference (17-20 September), the party passed a historic motion on the issue of Israel-Palestine after it was proposed by the party’s foreign affairs spokesperson Layla Moran MP. The motion, which is titled ‘Towards a Lasting Peace in Israel and Palestine’, calls, according to Moran, ‘for a radical new approach to the Israel/Palestine conflict’. It marks the first time since 2017 that a motion on Israel/Palestine has been presented at the Liberal Democrat’s annual conference.

With this being said, the main take-homes from the motion can be seen in through the call for the UK to immediately recognise the state Palestine along the 1967 lines, and the call for legislation formalizing the cessation of trade with illegal Israeli settlements until a peace settlement comes to fruition. With regard to the latter, the motion supports an accompanying commitment to engage in an assessment of the impact of UK business dealings and UK-linked supply chains and their impact in helping sustain Israeli settlements. Also on the issue of trade, the motion commits the party to the promotion of trade links with both Israel and Palestine with a specific focus on the areas of science, technology, and medicine.

Commenting on the passage of the motion, Moran, who is the first MP of Palestinian descent, said the following: ‘The UK Government urgently needs to adopt a radical new approach to the conflict – as set out in this motion. This is a distinctly Liberal approach which upholds human rights and the rule of law, while using trade and cooperation as the tools for peace which we know they are’. Echoing Moran’s sentiment, the Liberal Democrat Friends of Israel (LDFI) group lauded the motion and noted that the change in Liberal Democrat policy is ‘not pro-BDS and is not anti-Israel’. It added that will, like the Liberal Democrats at large, continue to champion Israel ‘for the liberal democracy it is’.

Similarly, the motion was also applauded by Head of the Palestinian Mission to the UK, Ambassador Husam Zomlot. Here, Zomlot noted that the commitments made by the Liberal Democrats ‘are good first steps, even if they do not go far enough to uphold British and international law’.

It is important to note that while the motion has been almost universally applauded, it nevertheless contains text that pro-Palestine advocates should approach with caution. Firstly, in its preceding text, the motion expresses hope and optimism for new, renewed peace efforts following the emergence of Yair Lapid, leader of Israeli party Yesh Atid and Israel’s current Minister of Foreign Affairs. This endorsement comes despite Lapid saying that the two-state solution ‘won’t happen within this composition of the government’ following an interview with Israeli Channel 11 in August this year. In the last few months Lapid has also come out against U.S. plans to reopen its Jerusalem Consulate General, which worked with the Palestinian Authority, arguing that reopening the consulate would have a destabilizing effect on the Israeli government.

What is more, also in the motion’s preceding text is a criticism of Palestinian political party Hamas. Here, the text expresses disapproval at Hamas’ ‘rhetoric, its incitement and its refusal to recognise the state of Israel, [which] itself a significant barrier to peace’. This framing of Hamas as an impediment to the peace process ignores arguments asserting that Zionism and the two-state solution are mutually exclusive.

Observing the motion’s passage, EuroPal Forum Public Relations Officer Robert Andrews said the following: ‘While some elements of the motion are to be welcomed – such as its promotion of differentiation and recognition, and its support for the ICC investigation and Palestinian elections – the motion undoubtedly rewards Israel by promoting increased trade links at a time when Israel should be scrutinized and held to account not only for its illegal actions in the West Bank and Gaza but in Israel proper’. Andrews added that ‘it is also regrettable that the motion includes text celebrating Yair Lapid and fails to mention the word "apartheid" – replacing it with the word "transgressions" – despite citing reports published this year by B’Tselem and Human Rights Watch’.