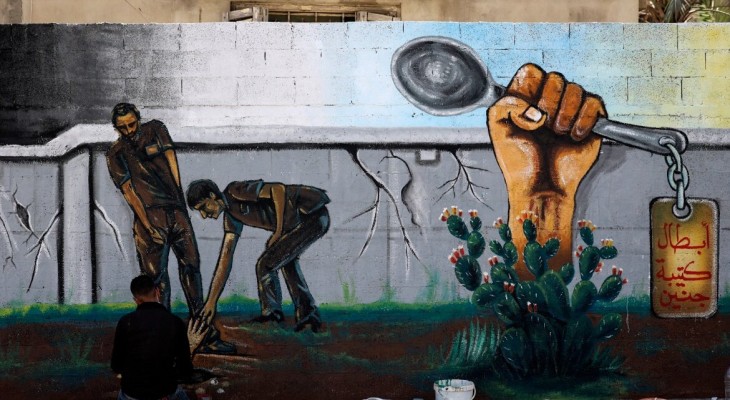 Spoons are being brandished alongside traditional flags and banners as a Palestinian resistance symbol after six prisoners carried out a spectacular jailbreak through a tunnel they reportedly dug using the utensil.

When the six Palestinian political prisoners escaped on September 6 from the high-security Gilboa prison, social networks shared images of a tunnel at the foot of a sink and a hole outside. All six were eventually recaptured.

According to his lawyer, one of the re-arrested Palestinians, Mahmoud Abdullah al-Ardah, said he used spoons, plates, and even the handle of a kettle to dig the tunnel from his cell.

He began scraping his way out from the northern Israeli institution in December, the lawyer, Ruslan Mahajaneh, said.

“With determination, vigilance … and cunning – and with a spoon – it was possible to dig a tunnel through which the Palestinians escaped and the enemy was imprisoned,” writer Sari Orabi said on the Arabi 21 website.

In Tulkarem, a city in the Israeli-occupied West Bank, the escape brought back memories for Ghassan Mahdawi. He and another prisoner escaped from an Israeli prison in 1996 through a tunnel dug using not kitchen implements but nails.

“To escape from an Israeli prison is something each inmate thinks about,” Mahdawi said. To have done it with a spoon, he added, is something that “will go down in history”.