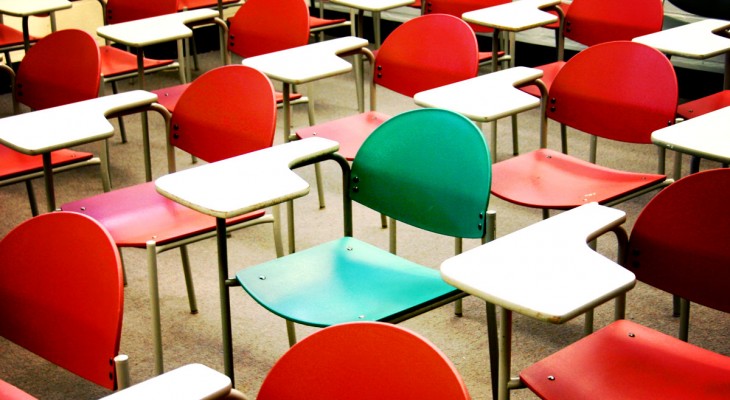 As the EU struggles to weigh in on challenging developments in its neighbourhood, the last thing it needs is diverting its focus to wholly misguided priorities. A case in point is the EU's current preoccupation with Palestinian textbooks, promoted by European commissioner Olivér Várhelyi and Israel-aligned lawmakers in the European Parliament.

Since the last round of Israeli-Palestinian fighting in May, the conflict has seen a new spate of killing incidents and demolitions of Palestinian homes, while Gaza remains under a blockade hindering reconstruction.

The new Israeli government has explicitly vowed to continue building illegal settlements and not to allow the two-state solution, the cornerstone of EU policy on the conflict.

Yet Brussels institutions are devoting more time to an entirely different, peripheral issue: an EU-funded study of Palestinian Authority schoolbooks, published in June by the Georg-Eckert Institute in Germany.

Several committees of the European Parliament are involved in discussing the issue during this month, following closed door meetings of EU-27 diplomats earlier in the summer.

The study was meant to assess allegations that the Palestinian curriculum promotes hatred and violence against Israel. Israel advocates have made such claims for many years, using cherrypicked examples with a heavy dose of spin. Some Western politicians have always taken such assertions at face value instead of treating them critically as a part of Israel's own nationalist narrative.

Although previous international studies, such as a 2013 study funded by the US government, disproved the sweeping allegations, the EU agreed in 2019 to fund a new study.

But unlike the US-funded study, which compared both Israeli and Palestinian textbooks (and found broadly similar levels of bias on both sides), the EU set out to examine schoolbooks on the Palestinian side only.

This went against the record of the Georg-Eckert Institute, which had hosted bilateral German-French, German-Czech and German-Polish textbook commissions to accommodate conflicting narratives through mutual dialogue – but now agreed to take a unilateral approach.

As Israeli researcher Assaf David commented, "[t]he very notion of examining only Palestinian textbooks with a fine-tooth comb, while completely ignoring their mirror image in Israeli textbooks, is fundamentally tendentious."

According to US political scientist Nathan Brown, "[t]he analysis is written as if Palestinian textbooks cannot be understood except by relying heavily on how Israelis might view them – but without giving Israeli textbooks the same treatment."

Despite these flaws, the resulting study once again greatly tempers the allegations. It neither claims nor shows evidence that the Palestinian textbooks incite hatred or violence. It documents debatable trends, such as omissions of Israel from Palestinian maps or positive portrayals of Palestinian armed struggle decades ago – but those mirror similar phenomena in Israeli society and schoolbooks.

Across a review of more than 150 PA textbooks, the study provides two examples characterised as antisemitic – but adds that both of them have been positively altered or removed in latest editions of the books.

Undeterred, proponents of the allegations set out to spin and misrepresent the study as if it "proves" their exorbitant claims.

Commissioner Várhelyi, in charge of the EU's neighbourhood, has also sought to play up the issue. Despite the study's moderate findings, he pledged to step up pressure on the PA to amend the textbooks "in the shortest possible timeframe" on the basis of a "roadmap" with "incentives" and a process of "screening and monitoring".

The Hungarian Commissioner's interest in amplifying the issue cannot be seen in isolation from his country's special alliance with Israel under Viktor Orbán. Over the last years, Hungary blocked almost every EU foreign policy statement critical of Israel.

There is an extra hypocrisy here. Last year, Orbán's government introduced a controversial new school curriculum in Hungary, which includes compulsory reading of antisemitic authors. Imre Kertész, a world-renowned writer on the Holocaust, was in turn scrapped from the reading list.

This does not seem to concern the MEPs professing outrage about the Palestinian curriculum.

Meanwhile, there are real, serious problems with the PA that require EU attention.

Following the cancellation of Palestinian elections scheduled for May, president Mahmoud Abbas is taking the PA down an authoritarian path, suppressing protests, and deepening intra-Palestinian divisions. To make textbooks – rather than these fundamental issues – a central topic in EU-PA relations would be entirely misplaced.

Antisemitism and direct incitement of hatred and violence should be red lines – but the study found hardly any. So what will the EU push to change? Will it ask to tone down emotive depictions of Israeli soldiers shooting at Palestinian children rather than work to end Israel's occupation? Eleven children have been killed and over 500 injured by Israeli forces only in the West Bank since May. There is a point where textbook "improvements" turn into censorship, deciding for Palestinians what they can say about their history and lived experiences.

The whole idea that Palestinian anger towards Israel is driven by textbooks rather than the daily injustices Palestinians suffer under its occupation shows a lack of basic empathy.

While both sides tend to omit the other from their schoolbook maps, Israel's expanding settlements are erasing any possibility of a Palestinian state on the ground. This leaves in place open-ended Israeli occupation and ethno-domination over the Palestinians – recently qualified by the Human Rights Watch as meeting the legal definition of apartheid.

Getting the EU bogged down in one-sided textbook revisions is a perfect way to deflect from that chilling development.