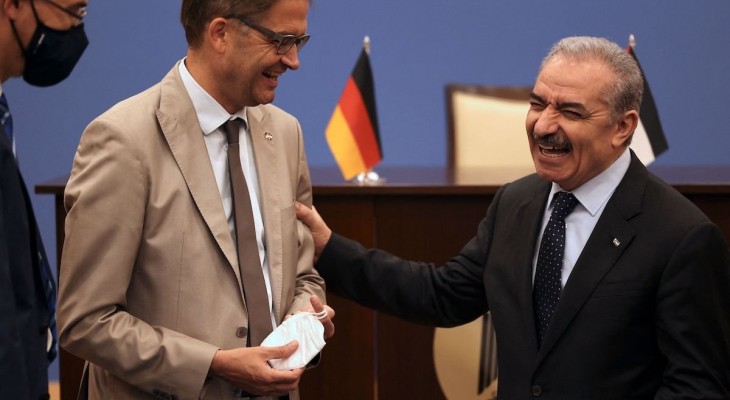 Germany yesterday signed a joint cooperation agreement with the Palestinian Authority (PA), pledging support €100 million ($117.8 million) in support for the government over the next two years, Wafa news agency reported.

The German donation aims to finance vital projects in the Gaza Strip and the West Bank, including Jerusalem.

PA Prime Minister Mohammed Shtayyeh expressed his appreciation and thanks to the government and people of Germany for their generous and continuous support and commitment to the rights of the Palestinian people to liberation, independence and the right of return for refugees.

"We hope our friends in Germany, the European Union, and the international community will help put pressure on Israel to allow elections to be held in all the Palestinian territories, including Jerusalem," Shtayyeh said.

For his part, the representative of Germany to Palestine, Oliver Owcza, praised the historical relations and bilateral relations between Palestine and Germany.

He reiterated his country's support for a negotiated two-state solution, holding elections in Palestine and respecting human rights and public freedoms.