Revealed: The Nine Elite UK Universities That Still Have Links With Arms Dealers 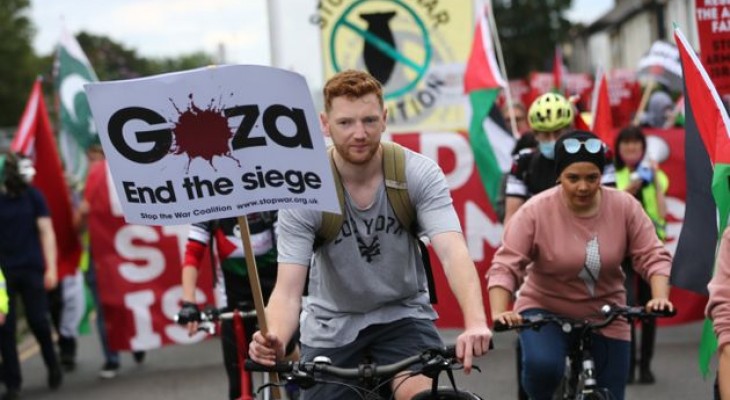 More than a third of UK’s elite universities have either taken money or invested in arms trade firms over the past five years, it can be revealed.

Nine of the 24 Russell Group universities confirmed via freedom information (FoI) request that they had received money from or held investments in arms companies despite such financing arrangements coming under intense scrutiny in recent years.

The University of Oxford confirmed it had taken more than £10.5million on research and consultancy funding since the 2015/16 financial year.

The research, compiled by Ded_ucation and seen by HuffPost UK, comes as Britain prepares to host the Defence & Security Equipment International  (DSEI) arms fair this week at the ExCeL centre in east London.

The FoI requests also found that the Universities of Cardiff, Durham, Manchester, Nottingham and Queen Mary London and the London School of Economics had also dealt with arms firms and the ministry of defence. Several other Russell Group universities did not respond to the FoI requests.

Among the firms the universities dealt with are BAE Systems, Rolls Royce and Cobham.

“I wonder how many of the students saddling themselves with debt are aware of these financial deals, let alone approve of them,” she said.

“Whenever we challenge the government on arms sales, we’re told all the proper check are in place. I don’t doubt it, but what about the morality?”

Melina Villeneuve, a founder at Ded_ucation, called for the annual arms fair to be stopped.

“Seeing tanks, military helicopters, and warships outside the ExCel centre is a stark reminder of the strange privilege we have in this country to not be on the receiving end of both the military industrial complex and unnecessary wars,” she said.

“For many, these tanks and helicopters may be the last thing they ever see. It’s time to fully condemn arms fairs like DSEI, which continues to further war and conflict across the world as it features over 1,000 exhibitors, many of which are arms companies like BAE Systems.

“Bright, young minds should have nothing to do with companies that sell billions of pounds of weapons to aggressors across the world.”

HuffPost UK has approached the universities named in this article for comment.

A spokesperson from the University of Nottingham said: “The university’s ethical investment policy means that we do not invest directly in companies that are concerned with, for example, armaments, fossil fuels or tobacco products.

“Whilst pension investment vehicles are not under our direct control, we are continuing to work with pension trustees to align their portfolios to the university’s ethical investment policy.”

“All research finders must first pass ethical scrutiny and be approved by the University’s Committee to Review Donations and Research ch Funding. This is a robust, independent system, which takes legal, ethical and reputational issues into consideration.”

A University of Manchester spokesperson said: “The university gives careful consideration to its research collaborations and follows all government legislation and guidance in relation to consultation and funding.

“The companies in question have a huge portfolio of research and development activity such as smart materials, mechanical engineering, and aerospace technologies. These are all areas where The University of Manchester is a world-renowned research institution, so it is no surprise we successfully attract millions of pounds of funding in these fields of expertise.

“We take all necessary measures to assure ourselves that our research is not used beyond its agreed application.”