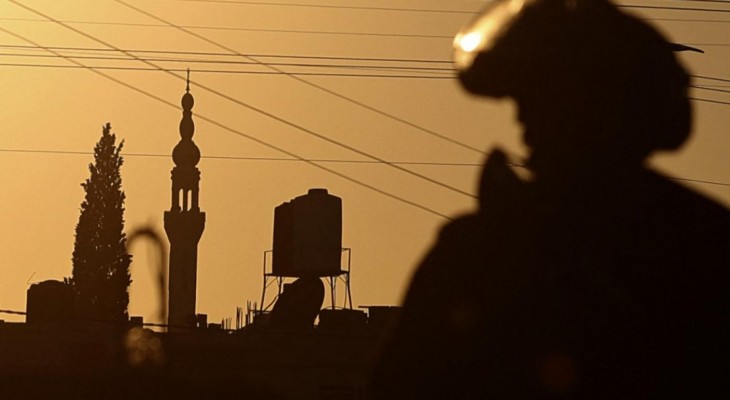 A court in the UK is set to hear an appeal in the asylum case of a young Israeli who fears he will be conscripted and forced to commit war crimes if he is deported from Britain back to his home country.

Lawyers for the 21-year-old rabbinical student, who has been granted an anonymity order, say he fled Israel in 2017 after he received a letter requiring him to report for military service.

His initial asylum claim was refused by British Home Secretary Priti Patel in December 2020 and he is now appealing. His case is scheduled to be heard by an immigration appeals court in Manchester on Monday.

It is rare for a Jewish Israeli to seek asylum in the UK as a conscientious objector or otherwise and, for this reason alone, the case is an unusual one.

But his lawyers will also argue that their client is specifically concerned that he would be coerced to commit the crime of apartheid, an unprecedented argument for a UK asylum case involving Israel or Palestine and one which could impact future cases.

"Our client is attempting to prove his case in the context of Israel operating as an apartheid state,” said Fahad Ansari, a solicitor with UK-based Riverway Law, which is representing the student.

“Unfortunately, in any asylum appeal involving Palestinians, whether they be from the West Bank or Gaza, there is never any discussion about the elephant in the room: the apartheid nature of Israel, which is ultimately the source of Palestinian suffering and flight from their land."

Ansari says his client rejects Zionism and Israel’s existence based both on his political beliefs and his ultra-orthodox Jewish faith, which teaches that Jews should not return en masse to Palestine until the return of the messiah.

For decades, ultra-Orthodox Jews were exempt from serving in the Israeli army to study instead in yeshivas, or Jewish religious schools. But in recent years, there has been fierce debate and legal wrangling over the issue.

Meanwhile, Fahad said, there have been forcible conscriptions of yeshiva students like his client.

According to Ilan Pappe, a University of Exeter professor who has written a report used as evidence in the case, the student could face desertion charges in Israel of up to 15 years in prison.

In jail, the student “will be abused as an Orthodox Jew”, Pappe wrote, citing Israeli media reports of young Orthodox men who were mistreated while serving out sentences for desertion.

Pappe also noted that if, instead, the student was conscripted, he would be part of the Netzah Yehuda Battalion, a Haredi infantry unit within the Kfir Brigade which oversees checkpoints in the occupied West Bank.

“The appellant can end up being part of the occupation of the West Bank,” Pappe wrote.

While unusual for a UK asylum case, Israeli human rights lawyer Michael Sfard told Middle East Eye that many refuseniks - the name given to Israeli youth who refuse to serve in the army - say they will not participate in crimes committed in the occupied Palestinian territories, and have specifically cited apartheid as one of them.

Fahad said beyond conscription, his client also fears he will be persecuted for his beliefs if he is returned to Israel.

Before fleeing, the student says he participated in peaceful protests against Zionism and the conscription of rabbinical students and was verbally and physically assaulted while in police custody following them.

“On one occasion, he was handcuffed, pushed to the floor and dragged around by the handcuffs, spat at and beaten with a stick,” according to a briefing note about the student’s case. “He was also sprayed with foul-smelling water called ‘skunk’."

If the case proceeds, one way it could impact future asylum cases is through what are known as country guidances, produced to help judges and Home Office officials understand risks associated with particular countries and conflicts.

The Upper Tribunal - the court which hears immigration and asylum cases refused by a first-tier tribunal - can make findings about countries and conflicts that are then binding.

When it comes to guidances for Israel-Palestine, however, Fahad said: “There is not a single case explaining the central issue of Israel’s systematic racial discrimination. Without a proper recognition of this apartheid, it is impossible to fairly and properly rule on the risk of return for Palestinians and anti-Zionist Jews.”

Fahad said he has the “utmost admiration and respect” for his client, who would like to continue his studies to become a rabbi. His family in Israel do not support his actions, he said.

Yuval Avraham, a writer and activist from Jerusalem, told MEE that he believes the student is very brave.

“If more people like him refuse to serve in the Israeli army, our movement calling for justice, equality and an end to violent military occupation will be stronger,” he said. "In my mind, it’s simple: if you’re against the occupation, you shouldn’t serve in the army that carries it out.”

A Home Office spokesperson asked about the case said: “All asylum cases are carefully considered based on their individual merits. As legal action is ongoing, it would not be appropriate to comment further.”