Forensic Architecture victory shows that Palestine censorship must be confronted 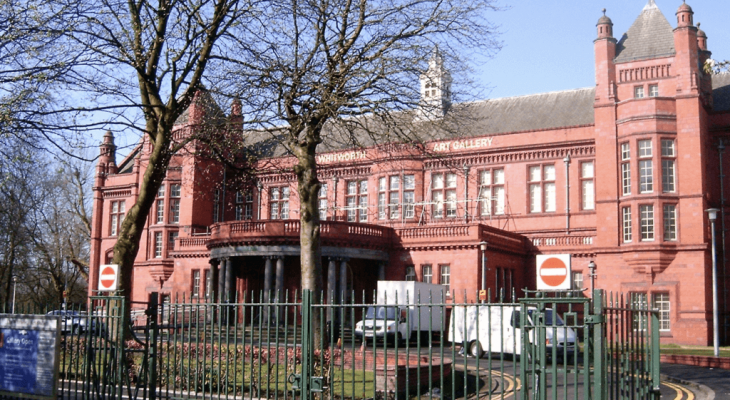 Last month the investigative group Forensic Architecture pulled a show from the University of Manchester’s Whitworth Gallery after a statement of solidarity with Palestine was removed.

“Forensic Architecture stands with Palestine,” read a statement in the group’s Cloud Studies exhibition. “We believe this liberation struggle is inseparable from other global struggles against racism, white supremacy, antisemitism, and settler-colonial violence and we acknowledge its particularly close entanglement with the Black liberation struggle around the world.”

The group (which has been nominated for a Turner Prize for its digital models of crime scenes) was immediately targeted by a Zionist organization called UK Lawyers For Israel (UKLFI), who claimed that the note was “incendiary and by its very nature one-sided.” UKLFI has been targeting the Palestine solidarity movement since 2012 and has direct connections to the Israeli government.

“The level of nastiness is really outrageous,”  Forensic Architecture founding director Eyal Weizman told Mondoweiss. “And we understood that we have to confront this group, because we are in a relatively stronger position than other cultural institutions and artists that are targeted by pro-Israel lobbyists in the UK. And that we are going to fight that one. It takes some mobilization, organizing. It also takes good lawyers.”

Pro-Palestine activists protested in front of the Whitworth and 13,000 letters were sent to the gallery in support of Forensic Architecture. The pressure forced the University of Manchester to reverse its decision. The note was put back and Whitworth gallery Alistair Hudson said it was important for the exhibition “to remain open in full.”

Our statement is back up! pic.twitter.com/uwE5pJM7Am

Forensic Architecture’s Senior Researcher Samaneh Moafi said that decision to shut down the exhibition over the censorship was something of a work stoppage. “What we did was kind of like a strike and it created the space for these protests. What happened shows that there are ways to fight back. There are ways to stand up and I hope this is taken as example.”

Weizman drew a direct connection between current Palestine solidarity action and recent Black Lives Matter protests. “[The protests] that erupted just a year earlier following the murder of George Floyd have provide a certain template. Beyond those people who are die hard activists, people closer to the liberal mainstream realized that they have to take a position on this struggle against apartheid in Palestine. People realized that we’re facing an entangled struggle against racism, entangled historically and conceptually. Anti-racist action sometimes has a blind spot if it doesn’t include Palestine.”

Aked uses the case of the 2011 Gaza flotilla attack as just one example of the possible relationship. In that case, there’s certainly a lot of smoke:

Co-founder Jonathan Turner claims that UKFLI played a critical role in scuppering the 2011 flotilla of ships seeking to reach Gaza. The organisation, he asserts, advised Greek coastal police through ‘a top Greek lawyer…grounds on which the ships could be arrested’.

Also working to obstruct the flotilla was Shurat HaDin, an Israeli law firm whose extremely close ties to the Israeli state were revealed in a leaked US embassy cable which said it ‘took direction’ from Mossad and Israel’s National Security Council on which cases to pursue.

Weizman believes groups like Forensic Architecture have a responsibility to confront injustice, rather than just supply commentary about it. “The art world is not outside of politics, he explained. “It’s not a space from which you reflect upon politics. It’s a site of political struggle. The Gallery is traversed by different vectors of forces, one needs to both navigate and intervene in that force field. Art and cultural production need to gain more agency to become sites that could affect and change, rather than just simply comment upon it. And that’s our ultimate aim.”