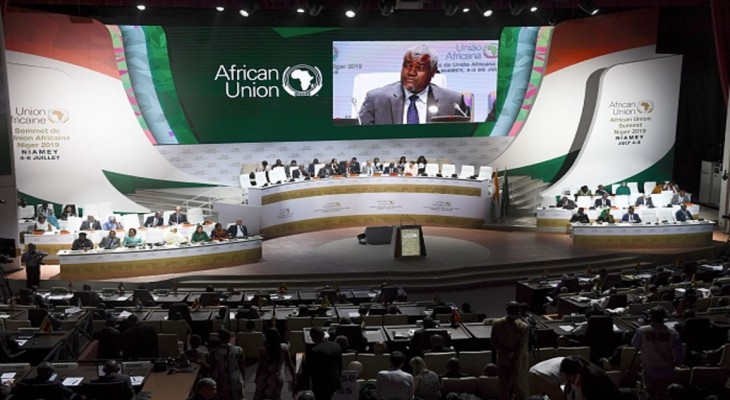 Algeria and other members of the African Union (AU) have rejected a decision by the body to grant Israel observer status, according to reports this week.

Algeria is joined by 13 other members of the pan-African body in forming a bloc aimed at opposing Israel's position in the AU and have its newly acquired observer status removed.

Israel's status as an AU observer has been a goal of its diplomats for nearly two decades, according to media reports.

Algeria Foreign Minister Ramtane Lamamra said he would "not stand idly by in front of this step taken by Israel and the African Union without consulting the member state", according to Algerian media.

"The African Union's acceptance of Israel as an observer member aims to strike the stability of Algeria, which stands with Palestine and just causes," he added.

A senior diplomatic source told The New Arab's Arabic service, Al-Araby Al-Jadeed, that Algeria is conducting high-level talks with two of its biggest allies in the union, Nigeria and South Africa, to formulate an African position paper that will be submitted at the AU's next meeting.

The source said Algeria is working to propose an amendment to the African Union Charter that would prevent any country outside the continent from obtaining a special status within the union.

Lamamra regards the decision to grant Israel the observer status as invalid, as it was taken without the consultation of all member states and "contradicts the values ​​and principles stipulated in the AU Basic Law".

He is scheduled to visit Tunisia, Ethiopia, Sudan, and Egypt in an upcoming tour to discuss the Covid-19 situation and Israel's status in the AU.

Egypt is one of the most influential countries in the pan-African body and holds huge sway over the union's decision-making.

The head of Sudan's transitional government, Abdel Fattah Al-Burhane, recently defended normalising ties with Israel, saying it had "nothing to do with the right of the Palestinians to create their own state".

Palestine already has observer status at the AU and Israeli diplomats have smarted at recent AU statements on the Israeli-Palestinian conflict.

Israel currently has relations with 46 African countries and wide-ranging partnerships on the continent, from trade to aid.