Where is the price for destroying a Palestinian village? 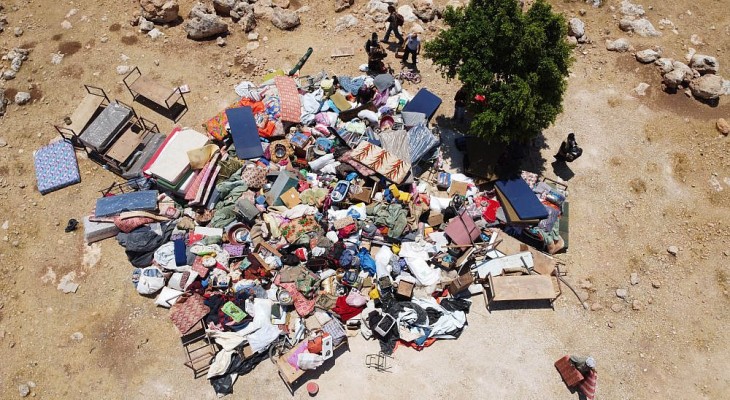 In the annals of Israel’s attempted expulsion of Palestinian shepherding communities in the occupied West Bank, bureaucracy, air-conditioned offices, and courtrooms take center stage. The hearings held by the Israeli High Court, which routinely sanctions the government’s expulsion policy and the Civil Administration’s demolition orders, may not be as dramatic a sight as a bulldozer ripping apart tents and water tanks, or a crane hoisting their debris and depositing it in a truck. But these justices, politicians, and generals are the ones who hold the ultimate responsibility for this destruction and suffering.

Still, sometimes, a single image from the ground can capture a moment that sums up Israel’s entire policy of persecution against some of the most underprivileged Palestinian communities in the West Bank, the sole purpose of which is to drive them to despair, force them out of their homes and communities, and take over their land. It is a moment that brings everything into stark relief, as clear as the scorching summer sun beating down on the Jordan Valley.

On July 7, Israeli trucks, bulldozers and other heavy equipment arrived at the Palestinian shepherding hamlet of Khirbet Humsa, made up of four clusters of tents and tin shacks that house 61 people, including 34 children. The soldiers, Border Police officers and hired hands of the Civil Administration — the branch of the Israeli army that oversees the day-to-day lives of millions of Palestinians under occupation — wasted no time getting down to the business of destruction.

The women and children of the Abu al-Kabash and Awawdeh families, who were home while the men were out grazing the flocks, saw the bulldozers yanking and pulling the metal poles and plastic sheeting of their tents, and scooping them into trucks. They watched from the sidelines as the bulldozer driver cracked open black water tanks and then knocked down a large white one before pounding it into the arid ground, making sure nothing remained.

A woman from the community filmed some of what unfolded on a cell phone she received ahead of time from Machsom Watch activists, until the battery ran out. Further away, Palestinian activists from other parts of the Jordan Valley, B’Tselem’s field researcher, humanitarian and UN workers, and European diplomats stood and documented. The soldiers would not let them get any closer. 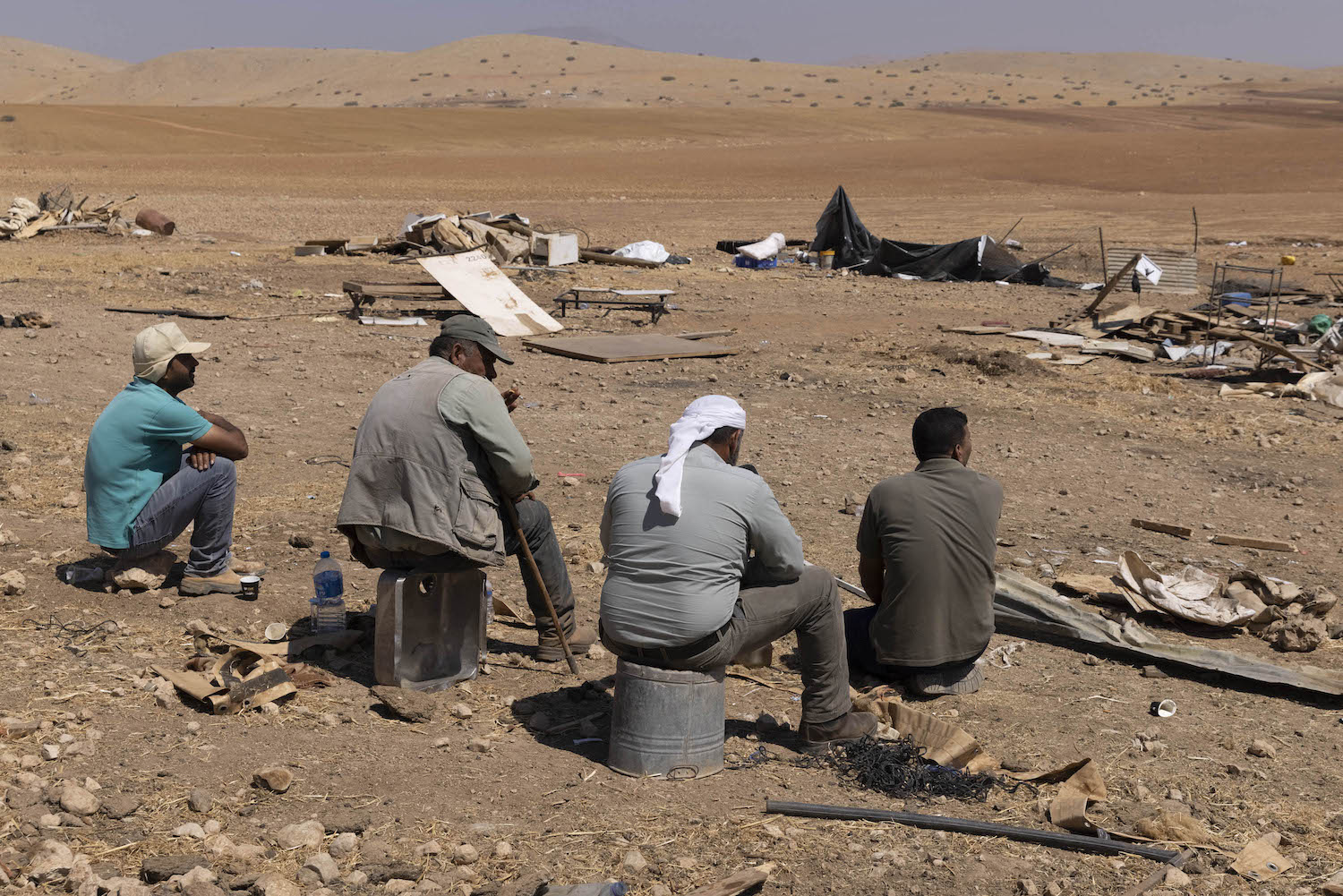 Once the bulldozers finished crushing the community’s tents and livestock pens, the contract workers turned their attention to the residents’ personal belongings. For hours, they loaded everything that was in the homes they had just destroyed onto trucks: furniture, bedding, clothes, cooktops, food. The trucks then drove to a location in the Ein Shibli area, on the edge of Area C of the West Bank, which is under full Israeli military control, and unloaded the items. This is where Israel has been trying to expel the residents to, despite their staunch refusal to relocate anywhere, let alone Ein Shibli, where the lack of grazing land would prevent them from continuing their traditional way of life.

The residents of Humsa were left to spend the night with nothing but the clothes on their back, no basic necessities, and no shelter. This was the sixth time in the past year that the community has had to physically resist expulsion by Israel. While it may have been more brazen than the previous demolitions, the justification is always the same: that Israel declared the area a “firing zone” in the 1970s — never mind that it was in contravention of international law.

Humsa’s destruction is not an aberration. It is the norm that Israel has established. It is part of the Israeli government’s ongoing policy to create unbearable living conditions for Palestinians with the aim of driving them out of their homes, concentrating them in enclaves, and effortlessly taking over their land. An attempted forcible transfer of protected persons is a war crime under international humanitarian law, and is recognized as such in the Rome Statute of the International Criminal Court in The Hague.

Responsibility for this crime lies with those who order, approve and oversee it: government officials and senior military commanders, high-ranking officials within the Civil Administration, and the justices of the Supreme Court who provide it with a legal seal of approval. Indeed, when the ICC looks into forcible transfers as part of its investigation into potential Israeli war crimes, it will have to assess the responsibility of all those who made the crime possible.

After previous demolitions in the community, delegations of senior diplomats from the European Union came for a visit. They told the residents that the EU stands with them in their fight for their land and objects to Israel’s policy. EU ambassadors reverberated this message in a démarche to the Israeli government, which chose to ignore it and carry on — a choice for which it faced no repercussions on Europe’s part. 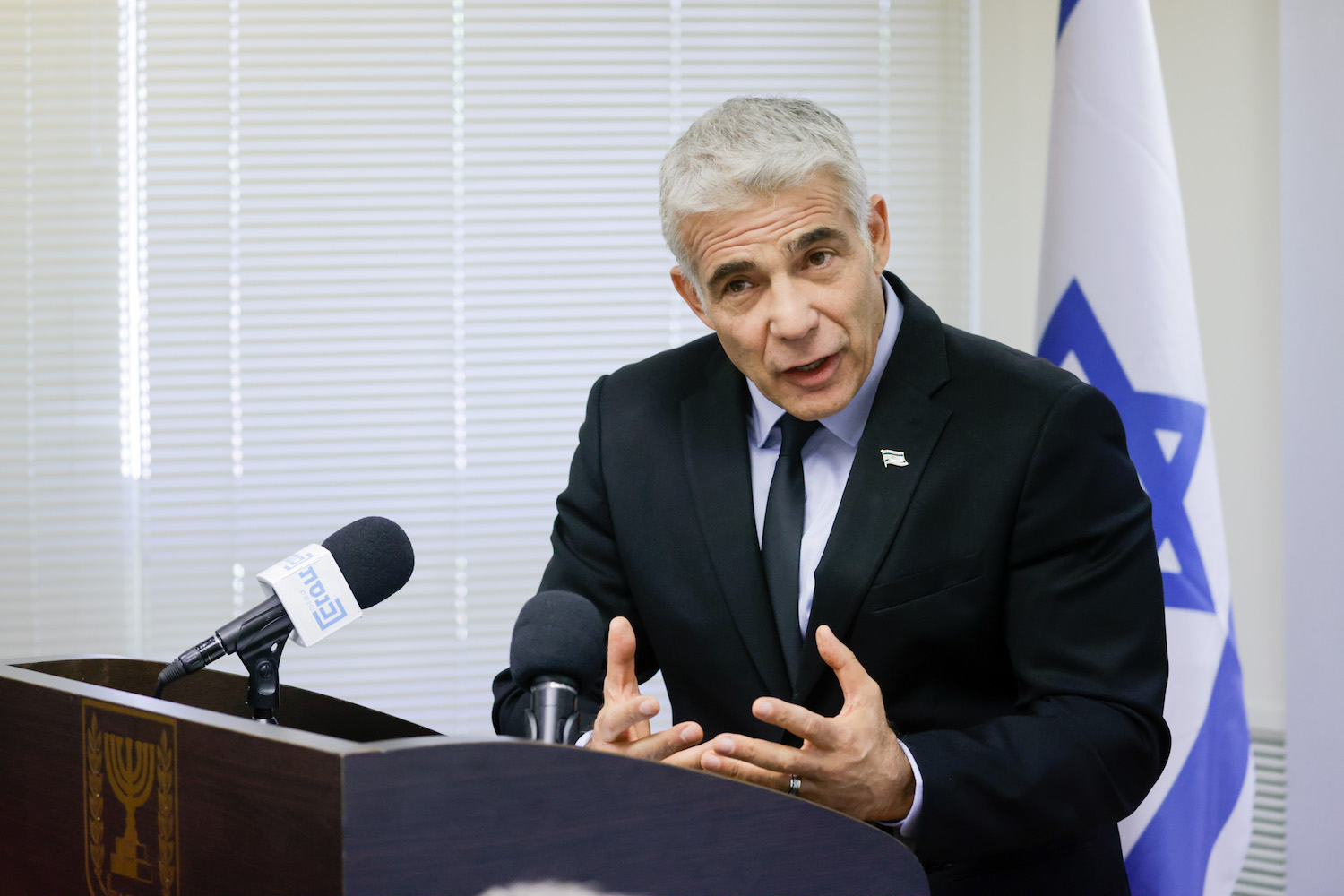 In fact, the opposite is true. Since Humsa’s most recent demolition, Foreign Minister Yair Lapid has been honored as a guest at the Foreign Affairs Council, a meeting of EU foreign ministers. The EU has also reportedly agreed to allow Israel to join “Creative Europe,” a European funding instrument for the arts, that prohibits funding to of the settlements, while Israel publicly states it rejects EU’s position on the illegality of the settlements. The United States, which under President Joe Biden is once again talking about the two-state solution and human rights, has said nothing about the events in Humsa.

On the night of July 7, following the day of destruction, a military bulldozer returned to the area to bury the wreckage and debris left behind. Khirbet Humsa was erased off the face of the earth. Outside the area, residents are trying to hold on to their land in makeshift sheds. Since the destruction, Palestinian and Israeli solidarity activists, along with with humanitarian workers, have been arriving in the area occasionally. Soldiers who patrol in jeeps warn them not to enter the closed zone.

The residents of Humsa will not be able to endure the current conditions for much longer. Through their actions, the decision makers in Israel’s so-called “change coalition” have made it abundantly clear that they have no intention of forgoing the policy of expulsion and destruction. The international community alone holds the key. Will it choose to impress upon Israel that harming Humsa and other Palestinian communities comes at a price, or will its rebuke once again remain no more than empty rhetoric?