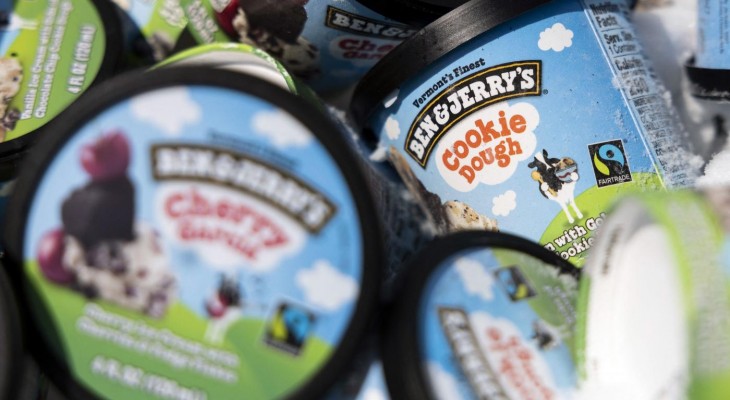 An Israel-backed app is directing a “troll army” in an attempt to influence the online conversation surrounding Ben & Jerry’s decision to halt operations in the Israeli-occupied Palestinian territories.

Earlier this week, the ice cream company announced that it would end sales in the territories, following years of campaigning by Boycott, Divestment and Sanctions (BDS) activists.

The move has been met with a mixture of praise and derision on social media.

The Israeli online platform Act.IL, which was developed in June 2017 to recruit and organise a troll army of thousands of people to insert themselves in digital discussions regarding Israel-Palestine, has directed its users to wade in on the decision.

The app urged trolls to comment under relevant Facebook and Twitter posts from various news organisations, including the Daily Mail and the New York Times, criticising Ben & Jerry’s.

“Comment on these posts stating that boycotting does nothing to solve the conflict, and like all pro-Israel comments you can,” one alert stated, as documented by @AntiBDSApp, a Twitter account that monitors Act.IL’s activities.

In another message, the app prompts users to write an email to Ben & Jerry’s, criticising the brand for “contributing to the anti-Israel and antisemitic narrative in the media”, and asserting that “boycotting Israel will not bring peace to the Middle East”.

Act.IL was launched in partnership with the Israeli Ministry of Strategic Affairs, whose minister has referred to it as an “iron dome of truth”. It has received both funding and guidance from the Israeli state.

The app has been described as “astroturfing”: organised and deceptive government-backed public relations activity that falsely creates the impression of a spontaneous grassroots campaign.

Michael Bueckert, a researcher and vice president of Canadians for Justice and Peace in the Middle East, who runs the @AntiBDSApp account, believes the campaign will not be effective.

“The app's strategy against Ben & Jerry's strikes me as half-baked,” Bueckert told MEE.

“Typically, the app's campaigns appear to be more successful when they are localised, when they can focus the attention of international users against a specific person or institution, catching them off guard.”

In 2019, Act.IL claimed that it had successfully made changes to an Ethnic Studies curriculum in California, removing pro-Palestinian content. It has also been accused of cyber-bullying, including by amplifying anti-Muslim attacks against Congresswoman Ilhan Omar.

“Their campaign against Ben & Jerry's doesn't strike me as likely to have an impact. The company had been resisting grassroots pressure to leave the settlements for years,” Bueckert said.

“They must have known that there would be significant backlash from pro-Israel organisations once they announced the decision.”

Earlier this week, former Israeli Prime Minister Benjamin Netanyahu was criticised for calling for a boycott of Ben & Jerry's, despite his previous advocacy against boycott campaigns.

Israeli leaders have been widely ridiculed for taking to social media to condemn the decision.

“Genuinely surreal to watch the leaders of a wealthy nuclear-armed state lose their minds over an ice-cream company,” wrote journalist Gregg Carlstrom.

Despite calls for a boycott, Ben & Jerry’s Israel reported a 21% boost in ice cream sales on Tuesday, as the local distributor urged Israelis not to stop buying from them.