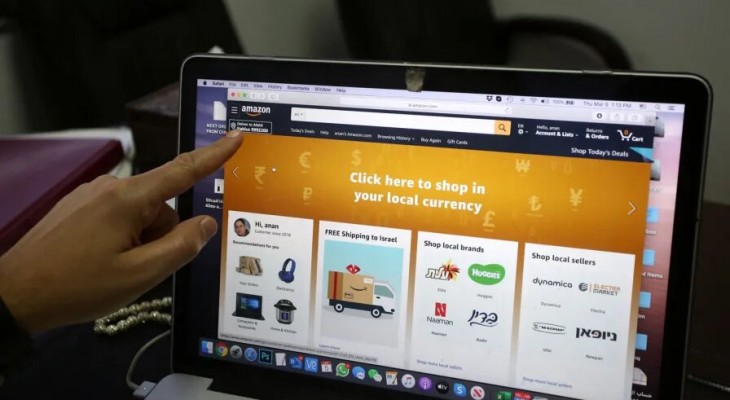 On Prime Day, Amazon’s largest online shopping event, the company will be looking to beat its previous sales record of $10.4 billion. Increasingly, customers have grown critical of Amazon’s treatment of workers, union-busting activities, and partnerships with police and Immigration and Customs Enforcement, leading some to call for a boycott of Prime Day. What Amazon Prime members may not realize, however, is that Amazon is also aiding in the spread of military occupation abroad.

Amid Israel’s most recent deadly attacks on the Gaza Strip and ongoing displacement of Palestinian residents in Sheikh Jarrah, Amazon Web Services (AWS), together with Google, recently signed a $1.2 billion contract with the Israeli government. The deal, “Project Nimbus,” is a flagship project to provide a cloud services “ecosystem” for the Israeli public sector, for which the Israeli Defense Forces (IDF) will be the primary beneficiary. Construction has already begun on three data server centers.

Amazon claims the deal will “empower” innovative startups and “fuel economic development across the country.” Left unsaid is that a key objective of Project Nimbus is Israeli national security. The system ensures that data “will remain within Israel’s borders,” said Israel’s Finance Ministry, and is expected to increase the IDF’s competence in artificial intelligence technologies, such as those deployed in the repression of Palestinian activists, surveillance along the Gaza border, and Israel’s Iron Dome system.

Since the 1948 Arab-Israeli war that led to the establishment of Israel, 700,000 Palestinians have been expelled from their homelands, in an ongoing process of dispossession and exile that Palestinians call “the Nakba”—Arabic for “catastrophe.”

Palestinian activists argue that Israel’s power is enforced not only militarily. It is also sustained by the international support of businesses and governments.

Amazon first opened its offices in Israel in 2014, the same year that Israel launched a brutal military assault on the Gaza Strip. Over 2,000 Gazans were killed. Amazon has since expanded its activities in Israel, and will employ thousands in the coming years, with recent AWS jobs requiring Israeli security clearance.

The partnership with Israel goes both ways: Since 2015, the state-owned weapons and aerospace manufacturer Israel Aerospace Industries (IAI) has serviced Amazon’s cargo plane fleet, and now services 80 percent of Amazon’s aircrafts. IAI supplies the Israeli army and is at the forefront of experiments with autonomous “robo-snipers” and drones deployed along the Gaza border. It has also sold weapons to Myanmar’s military after it began its attacks on the Rohingya minority.

US tech companies have forged ties to Israel’s tech industry for years, but have increasingly sought to secure lucrative government contracts. As the activist group Amazon Employees for Climate Justice argues, Project Nimbus is part of “a pattern of militarization” that has included contracts with the US military, ICE, and policing agencies. These contracts have become a major source of profit for Amazon. As the company’s primary profit generator, AWS was responsible for 63 percent of the company’s total operating profits last year. In turn, those profits drive the expansion of Amazon’s logistics infrastructure for its global e-commerce operations.

In 2019, Amazon expanded its e-commerce operations in Israel, offering free delivery for orders over $49. A Financial Times investigation found that Amazon offered free shipping to Israeli settlements in the occupied West Bank, but not to Palestinians, unless they listed their official place of residence as Israel.

Rights groups claimed discrimination, saying that the policy legitimized Israeli settlements and forced Palestinians to identify with their occupying state. Responding to this outrage, Amazon retracted the policy shortly thereafter.

Israeli-controlled security checkpoints and “apartheid roads” in the occupied West Bank severely constrain the flow of essential goods in an already fragile economy. Given Palestinians’ limited access to basic needs, Amazon’s course correction might be understood not as an olive branch. Rather, by cooperating with the Israeli security apparatus, Amazon’s relationship with the Israeli government has enabled access to a captive consumer market besieged by enclosure and exclusion.

In May, growing concern with Israel’s “continued assault upon Palestinians’ basic human rights” led hundreds of Amazon employees to sign a letter calling for Amazon leadership to acknowledge Palestinian suffering and establish a human rights framework for business operations. Though a growing international movement is organizing against Amazon, momentum against Project Nimbus may be stymied by the Israeli government’s terms of contract, which prevent Amazon and Google from halting services on the basis of boycott pressure. The move signals Israel’s awareness that the BDS movement is gaining steam against corporations tied to its illegal settlements.

As Amazon’s 200 million worldwide Prime members become increasingly reliant on door-to-door Prime Delivery we might remember that our consumption is linked to Amazon’s role in Israel’s occupation. People around the world are calling for their governments to end cooperation with Israel and boycott companies invested in the Israeli war machine. Taking on Amazon, whose encroachments into worker suppression and exploitation at home are intertwined with land theft and settler violence abroad, is more crucial now than ever.