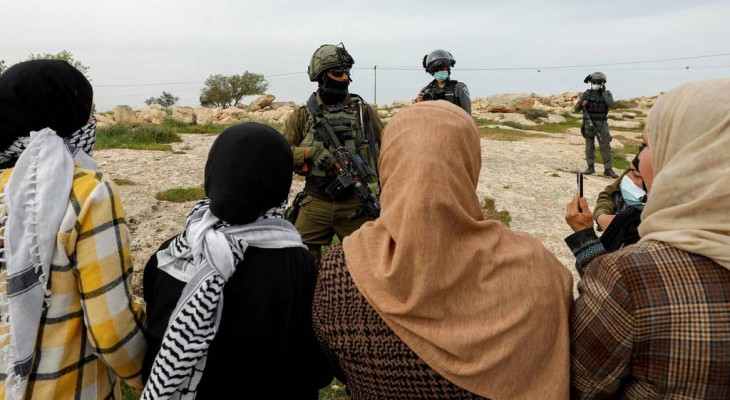 The Shin Bet security service has ruled that Laith Abu Zeyad, 30, would be a danger to Israeli security if he travels to London for a year to work in the head office of Amnesty International. The risk he poses to our security is so great that Israel didn’t even allow him to be at his mother’s side as she was dying from cancer in an East Jerusalem hospital, three kilometers from their home in Al-Azzariyeh in the West Bank. After much effort was exerted, the permit came through, two days after his mother died.

The Shin Bet has not summoned him for any type of interrogation. Soldiers haven’t raided his house in the dead of night. The military prosecution hasn’t charged him with anything. And still, for over a year-and-a-half he has been forbidden to do what he had previously done without any problem – go to Amnesty’s office in East Jerusalem and travel abroad. In August 2019 he was still able to attend work meetings in New York. A month later he was forbidden to accompany his mother to the hospital and in October 2019, he was turned back at the Allenby Crossing as he tried to get to the funeral of a relative in Jordan. His alleged dangerousness is so great that he is not allowed to know what evidence there is of it.

He’s a talented guy, Abu Zeyad. He has a master’s in sociology and human rights from the London School of Economics and Political Science. He earned his bachelor’s degree in international law and human rights at Al-Quds University in Abu Dis, and also worked as an intern in its human rights clinic. From January 2016 until October 2017, he worked for the Addameer organization that supports Palestinian prisoners. Then he was hired by Amnesty.

Laith Abu Zeyad.Credit: Courtesy of Abu Zeyad
Israel is a strong country. A military power, and according to foreign reports, also a nuclear one. Its economy is stable, and according to official Israeli reports, it’s a democracy. So what is the secret, threatening weapon that could harm it if Abu Zeyad manages Amnesty’s campaigns to increase awareness of the state of human rights in North Africa and the Middle East, from London?

Abu Zeyad questioned the ban on leaving the country. The response he received was, “You are involved in Popular Front activity, and your leaving the area poses a risk to regional security.” He asked to have the security restriction removed so he could be with his mother. He was refused. He petitioned the Administrative Affairs Court through attorney Tamir Blank. During the hearing Judge Moshe Sobel heard behind closed doors what the Shin Bet had to say, and ruled that it was fine to block Abu Zeyad from traveling abroad.

However, at the hearing it was also said that the petitioner could again request a permit to leave the country once nine months had elapsed since the former request. The new request was submitted and on February 1 it was again rejected. “You are an activist with the Popular Front, and as such there is concern that your exit will be exploited to advance security activity,” the refusal notification said. Abu Zeyad suggested a meeting with a Shin Bet representative to inform him personally that it wasn’t true: He wasn’t, nor had he ever been, a Popular Front activist. His suggestion got no response. His lawyer wrote another administrative petition, which will be heard next week. The Jerusalem prosecution hasn’t yet responded.

The Shin Bet argues that the travel ban has nothing to do with Abu Zeyad’s work for Amnesty (i.e., the group’s most recent reports on the wounding and killing of Palestinian demonstrators in Gaza, and the illegality of businesses in the settlements). But because the Shin Bet, in its arrogance, is hiding behind ambiguity and secrecy, there’s only one conclusion: By denying Abu Zeyad freedom of movement, Israel is not just taking revenge on him or on Amnesty, it is threatening that anyone who works to increase international awareness of the illegality of Israel’s domination over the Palestinians, will be punished. Especially Palestinians.