The ICC probe into Palestine: where is the EU? 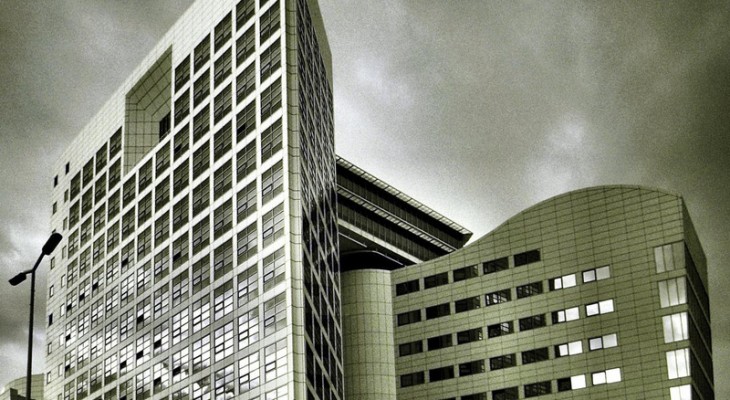 The recent opening of an investigation by the International Criminal Court into the situation in Palestine provides a unique opportunity for the EU to hold Israel accountable for crimes committed in the occupied Palestinian territory.

Tuesday (30 March) marks the third commemoration of the start of the Great March of Return. For almost two years, Palestinians from Gaza protested alongside the Israeli fence to have their fundamental rights protected after more than a decade of collective punishment and illegal blockade imposed by the Israeli authorities.

By December 2018, 189 Palestinians had been killed and 6,103 wounded by the Israeli military, according to the United Nations.

To date, however, accountability for all these crimes continues to be pending.

What has been the position of the European Union in all this, you might ask? After all, the EU has consistently maintained a principled position on accountability as a "cornerstone for peace and security".

The EU also has dozens of human rights instruments at its disposal that predicate unravelling support for international justice and accountability. Most importantly, as Israel's top trading partner, the EU has the necessary leverage to effectively enforce these commitments.

However, the EU's staunch commitment for international justice may indeed apply to most third countries, but not for the millions of Palestinians living under Israel's control.

In the eyes of the prosecutor of the International Criminal Court, there are grounds to believe that war crimes were committed by the Israel Defense Forces in occupied Palestine – something that local human rights groups had been denouncing since the very beginning of the marches.

Despite the fact that Friday after Friday, for more than a year, the Israeli army was killing dozens of Palestinian civilians, including medics and journalists, the EU refused to call on Israel to stop shooting unarmed protesters who posed no danger to anyone – a clear violation of international law.

Symbolically, the only words of condemnation came from the European External Action Service and were targeting the Palestinian factions. Not a single one was uttered against the Israeli army despite being responsible for hundreds of deaths and thousands of injuries along the Gaza perimeter fence.

Looking at support for international accountability, the EU once again remained silent on the matter.

Belgium, Slovenia and Spain were the only three member states to encourage the establishment of a UN Commission of Inquiry in 2018.

One year later, when the Commission of Inquiry's final report was submitted, Spain was the only EU member state to support it at the United Nations Human Rights Council. In its follow-up resolution last year, not a single EU member state voted in favour.

So far, the EU's message to Palestinians is clear: "justice is there, but not for you".

You can call it military occupation, apartheid or creeping annexation, one or two states – it makes little difference: the reality in the Israel/Palestine situation is absolute impunity, a desperate lack of justice incompatible with the very foundations of human dignity. And the EU does not seem to take issue with it.

Only a glimmer of international accountability could break this pattern.

In this regard, the recent opening of an investigation by the International Criminal Court in Palestine provides a historic opportunity for the EU to reverse this trend and effectively support accountability.

But here again, the picture is rather bleak.

While the EU has publicly supported ICC proceedings in the vast majority of third countries under investigation, Palestinian proceedings at the ICC in their entirety, from the Palestinian Authority's accession to the Rome Statute in 2015 to the opening of the investigation by the prosecution, have been met by the EU with indifference at best and rejection at worst.