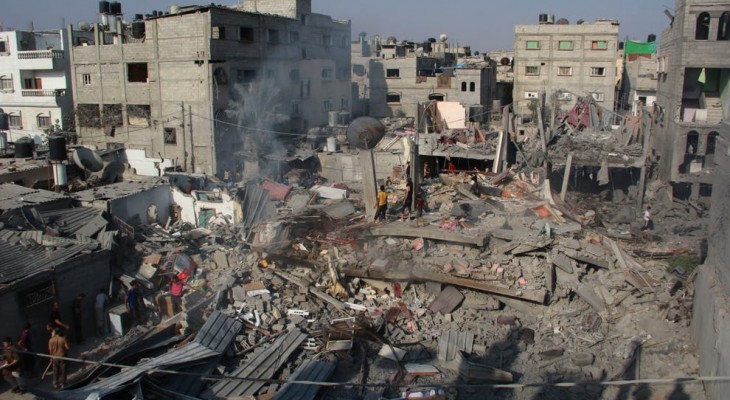 The International Criminal Court said Thursday it has sent formal notices to Israel and the Palestinian Authority about its impending investigation into possible war crimes, giving them a month to seek deferral by proving they are carrying out their own investigations.

Earlier this month, the ICC announced it would investigate possible war crimes committed by Israel and Palestinian militants following a request by the Palestinians, who joined the court in 2015 after being granted nonmember observer status in the U.N. General Assembly.

Israel has fiercely condemned the investigation, accusing the ICC of bias and saying it has no jurisdiction since the Palestinians do not have a state. Israel is not a member of the ICC, but its citizens could be subject to arrest abroad if warrants are issued.

The ICC prosecutor’s office confirmed in a written statement to The Associated Press that on March 9 the letters were sent to all of the court’s member states and those states that would normally exercise jurisdiction, including Israel and the Palestinian Authority.

The ICC is expected to focus on the 2014 Gaza war, Israel's crackdown on often-violent border protests in Gaza in recent years and Israel's settlement activities in the occupied West Bank The probe will also look at militant rocket fire from Gaza onto civilian areas in Israel.

Israel could respond to the letter by detailing its own efforts to investigate potential crimes and hold its citizens accountable. If the court is satisfied with the process, it could allow it to unfold under periodic ICC supervision, postponing or even cancelling its own investigation.

Israel could potentially avail itself of that option for the allegations regarding Gaza violence, as it says it routinely investigates and punishes wrongdoing by its own troops.

But the construction of settlements in the occupied West Bank and annexed east Jerusalem territories Israel captured in the 1967 war that the Palestinians want for their future state, is an official state policy going back decades. Some 700,000 Israeli settlers live in east Jerusalem and the West Bank, where Israel subsidizes housing and provides security and infrastructure.

International law forbids the transfer of civilians to territory occupied in war. Israel views Jerusalem as its unified capital and the West Bank as a special case whose future status should be decided in negotiations with the Palestinians, which have been moribund for more than a decade.

Israel's Channel 13 said the Article 18 letter was received last week and that Israel has around three weeks left to respond. It said the National Security Council has discussed the matter without making a decision. Israel is holding national elections on Tuesday and it could take several weeks to form a new government.

Israel's mostly ceremonial President Reuven Rivlin and its military chief, Lt. Gen. Aviv Kohavi, have meanwhile been rallying opposition to the ICC during a European tour this week that has taken them to Germany, Austria and France.

“Every attempt to twist Israel’s hands through international bodies by cynical or political exploitation of international law is doomed to failure,” Rivlin said in Paris on Thursday.

The Palestinians have expressed outrage at the idea the ICC would investigate militant rocket fire or the use of civilians as human shields by Hamas, which rules Gaza, and other militant groups. They view such actions as self-defense and are extremely unlikely to seek a deferral by launching their own investigation.