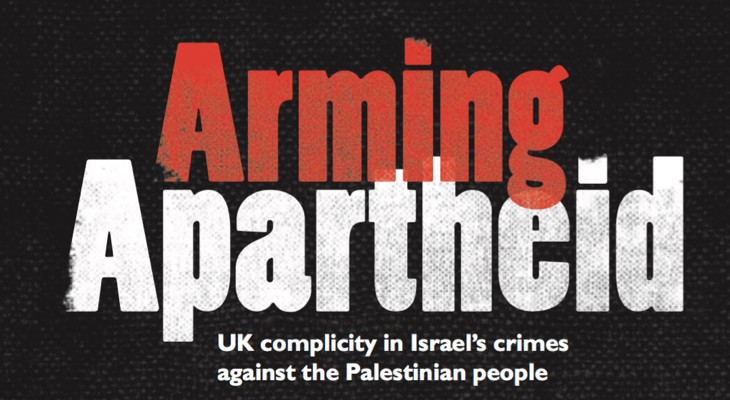 Act Now to Stop Arming Israel: Join the callfor an immediate two-way embargo on the arms trade with Israel.

The Israeli assault on Gaza in July-August 2014, in which 2,205 Palestinians (including 521 children) were killed, is only the most recent example of Israel’s indiscriminate acts of violence against the Palestinian people.

Yet UK-made weapons and military technologies continue to be sold to and used by the occupying Israeli forces.

If the government’s own export guidelines were properly applied, the result would be a de facto embargo on arms exports to Israel.

Israeli military and industry sources openly attribute the success of Israeli exports to the weapons and technologies being ‘combat proven.’

The UK’s Watchkeeper surveillance drone has been developed under a £1 billion joint venture contract awarded by the Ministry of Defence to Thales UK and Israel’s Elbit Systems, allowing the UK military to benefit from technologies that have been ‘field tested’ on the occupied Palestinians.