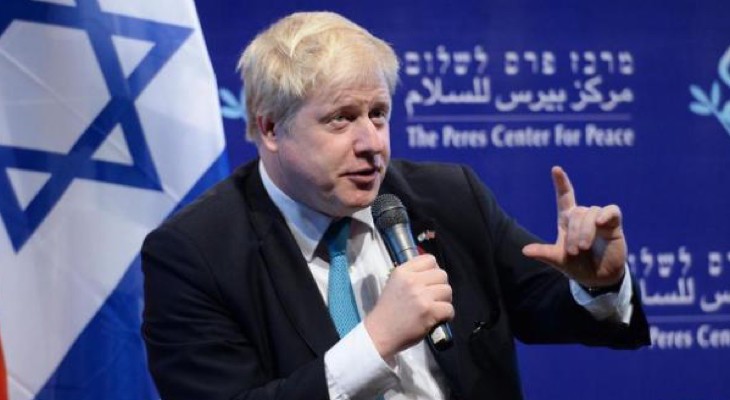 Boris’ pro-Israel comments sparked anger and disappointment among Palestinian youth groups who were to meet him after his official trip to Tel Aviv where he met with a number of Israeli Businessmen and Politicians. Two of the three scheduled Palestine events were called off as a result, such as Sharek Youth Forum.

He said that the office of the Palestinian Authority PM office, Ramy Al-Humdalla, advised him not to proceed with his Palestine visit because his security would be ‘perhaps at risk’. However his meeting with the Palestinian MP will still happen despite other cancellations.

This was not the first time Boris criticised BDS for boycotting Israel as he repeatedly made it clear that boycotting Israeli goods is ‘completely crazy’ throughout his three-day trade mission in Jerusalem and Tel Aviv. He also previously condemned the "terror attacks" on Israel's citizens while calling Israel the only ‘functioning Democracy’ in the Middle East.

Sharek Youth Forum published a statement expressing frustration at Boris pro-Israel stances and said they cancelled their meeting with Boris as he ‘fails to acknowledge our very existence as Palestinians.’

They added, ‘[f]ollowing Johnson's inaccurate, misinformed and disrespectful statement regarding the boycott, divestment and sanctions (BDS) movement on November 9, stating that he 'cannot think of anything more foolish', it is our conclusion, supported by the Palestinian youth that we represent, he consciously denies the reality of the occupation that continues to oppress them and all Palestinians.’