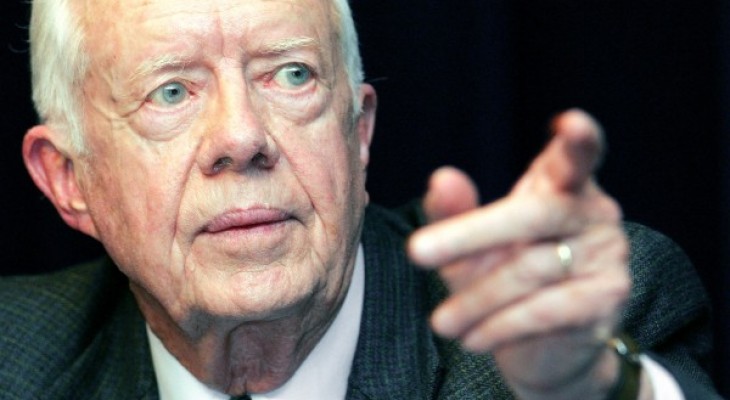 When the Israeli human rights group B’Tselem pronounced on January 12 that Israel was an “apartheid” state, maintaining a “regime of Jewish supremacy from the river to the sea,” the report shocked many in the world.

Yet more than a month later, the shock has died away and nothing concrete has followed. The New York Times and other US mainstream media have ignored the report. Liberal Zionist groups that have an ear in the Democratic Party have avoided the topic like the plague, because they know that “apartheid” means one thing — BDS, boycott, divestment, and sanctions — the economic pressure that pro-Israel groups call antisemitic.

Last fall, a coalition of 232 civil society groups called on the UN General Assembly to “launch international investigations into Israel’s apartheid regime over the Palestinian people” and “end apartheid in the 21st century.”

And none of those reports got much traction in the U.S.

All these findings are surely important in a long struggle: “the mounting recognition of Israel’s maintenance of an apartheid regime” (per Al-Haq last year). But the indifference to them is also in a long tradition: ignoring apartheid pronouncements about Israel in the U.S. The Israel lobby is simply too omnipresent an institution, in our politics and media, for the allegation of apartheid to be taken very seriously. No, that’s delegitimizing Israel, and it’s antisemitic!

I thought it would be a service to list many of these apartheid judgments, with the aim of showing how long experts have been reaching this conclusion–and how little effect they have had, so far anyway.

I begin with my own history. In 2006 I met Gosiame Choabi, a South African church official in Hebron, and he told me that he’d lived through apartheid and what he saw in Palestine, from separate roads to checkpoints barring passage for Palestinians was “worse than apartheid.” I published his statement in the New York Observer like I had a scoop. (A few months later Jared Kushner fired me.)

That same year, 2006, Jimmy Carter published his book, “Palestine: Peace Not Apartheid” and he was slapped by the media for doing so. Carter was precise:

“Deep within the West Bank there has been developed a system of apartheid that in many ways is more oppressive than was the system of apartheid in South Africa… The highways are prohibited to be used by Palestinians… [And in Gaza] There couldn’t be a worse case of apartness or apartheid anywhere in the world.”

Notably, radio host Terry Gross took Carter to task for the word. “The title is already getting you in trouble with a lot of people,” she said on Fresh Air. “Why not call it something neutral like ‘The Neverending Middle East Crisis, What Each Side Needs to Do’? So are you concerned that even though you think Israel’s practices are a practice of apartness, that by using the word apartheid you risk alienating just the people who you want to convince?”

Carter responded by citing global consensus: “What I wanted to do is express a fact that is almost completely avoided and not expressed in the United States but is well-known throughout the rest of the world.”

“In 2009, the South African Human Sciences Research Council issued a report in collaboration with members of Palestinian civil society recognising that Israel was in breach of the prohibition against apartheid in the OPT,” Al-Haq writes.

That report cited many parallels between Israeli rule and South African apartheid, including: illegal detention; “discriminatory privileges based on ascribed ethnicity… draconian enforced ethnic segregation in all parts of life, including by confining groups to ethnic ‘reserves and ghettoes’; comprehensive restrictions on individual freedoms, such as movement and expression; a dual legal system based on ethno-national identity (Jewish or Palestinian); denationalization (denial of citizenship); and a special system of laws designed selectively to punish any Palestinian resistance to the system.”

Al-Haq has been using the term “apartheid” at least since that same era. The Russel Tribunal followed suit in January 2012.

A slew of writers concurred, many putting the word apartheid in titles. Ilan Pappé, “Israel and South Africa: The Many Faces of Apartheid (2015)”; Virginia Tilley, “Beyond Occupation: Apartheid, Colonialism and International Law in the Occupied Palestinian Territories (2012); John Dugard and John Reynolds, ‘Apartheid, International Law, and the Occupied Palestinian Territory’ (2013)… John Quigley, ‘Apartheid outside Africa: The Case of Israel’ (1991). (That list is from Al-Haq.)

Chris McGreal published a famous report in the Guardian in 2006 on the charge that “the web of controls affecting every aspect of Palestinian life bears a disturbing resemblance to apartheid.” Some excerpts:

Some Jewish South Africans and Israelis who lived with apartheid – including politicians, Holocaust survivors and men once condemned as terrorists – describe aspects of modern Israel as disturbingly reminiscent of the old South Africa. Some see the parallels in a matrix of discriminatory practices and controls, and what they describe as naked greed for land seized by the fledgling Israeli state from fleeing Arabs and later from the Palestinians for the ever expanding West Bank settlements. “Apartheid was an extension of the colonial project to dispossess people of their land,” said the Jewish South African cabinet minister and former ANC guerrilla, Ronnie Kasrils, on a visit to Jerusalem. “That is exactly what has happened in Israel and the occupied territories; the use of force and the law to take the land. That is what apartheid and Israel have in common.”…

Even some Zionists reached the apartheid conclusion, apologetically. In 2004, Jeffrey Goldberg wrote in The New Yorker that it’s temporarily apartheid on the West Bank.

A de-facto apartheid already exists in the West Bank… Jews live under Israeli civil law,… but their Arab neighbors-people who live, in some cases, just yards away-fall under a different, and substantially undemocratic, set of laws, administered by the Israeli Army… [I]t is, officially, temporary. It is nevertheless a form of apartheid, because two different ethnic groups living in the same territory are judged by two separate sets of laws.

Others have been more honest. Charney Bromberg, a liberal Zionist, said the apartheid conclusion was inescapable, at an appearance in 2010, at Columbia University:

Something has happened that is a serious affront to the idea of a good Israel that I  believed in when I first started this work some 35 years ago… I’m very leery of the word apartheid… Israel was not created as a racist state. I do not believe Israel is a racist state. But cross the Green Line and you will see so many of the accoutrements that the South Africans placed to control their — what they believed to be their hostile population. Roads for whites only. Roads controlled at every pass. Roads controlled by fences and guards.

Stephen Robert, a liberal Zionist and former Chancellor of Brown University, was more emphatic a year later, writing in the Nation, that Israel practiced “Apartheid on Steroids”:

What I witnessed in the West Bank—home to about 2.5 million Palestinians and 400,000 Israeli settlers—exceeded my worst expectations. While the world’s statesmen have dithered, Israel has created a system of apartheid on steroids, a horrifying prison with concrete walls as high as twenty-six feet, topped with body-ravaging coils of razor wire. Spaced along these walls are imposing guard towers that harbor bunkers from which trespassers can be shot by Israeli soldiers. From this physical segregation—one land for Israelis; another, unequal land for Palestinians—flows a torrent of misery, violence and human rights abuses…

Many believe there is an international campaign to delegitimize the Jewish state. At this point Israel is delegitimizing itself.

Henry Siegman, a former liberal Zionist, also published his apartheid conclusion in the Nation in 2010. Israel had pursued the settlement project in the West Bank “in order to preclude the possibility of a two-state solution.”

As a result of that “achievement”…. Israel has crossed the threshold from “the only democracy in the Middle East” to the only apartheid regime in the Western world. . .

Well, that’s enough background! People have been saying apartheid for a long time.

Though something seems to have shifted in the last year.

Last summer Al-Haq said there was an “unprecedented recognition of Israel’s apartheid regime,” and the Israeli human rights group Yesh Din said it was apartheid in the West Bank, based on an inquiry by human rights lawyer Michael Sfard.

The conclusion of this legal opinion is that the crime against humanity of apartheid is being committed in the West Bank. The perpetrators are Israelis, and the victims are Palestinians.

Then last fall those 232 civil society organizations called for a UN investigation of Israeli apartheid, and last month Al-Haq welcomed B’Tselem, and its ability to mainstream the charge:

“The recognition of apartheid by B’Tselem, the leading Israeli human rights organisation, is an important step in the mainstreaming of the legal analysis of apartheid over the Palestinian people as a whole, whether they live within or beyond the Green Line, or living as refugees and exiles abroad, and for the struggle for human rights and an end to racial discrimination,” said Shawan Jabarin, General-Director of Al-Haq.

Being an optimist, I believe that this is an important moment. The drumbeat has gained urgency in the last few months and will continue to build because the two-state solution is so obviously dead and (as Richard Falk told Anadolu Agency), superseded by a “Jewish exclusivist state on the entire ‘promised land'” and by 2018’s “Basic Law that asserted that only the Jewish people had a right to self-determination within the state of Israel…”

So the Jewish state is delegitimizing its own ideology. And the apartheid reports are the world taking notice. Some day the U.S. will get the news.