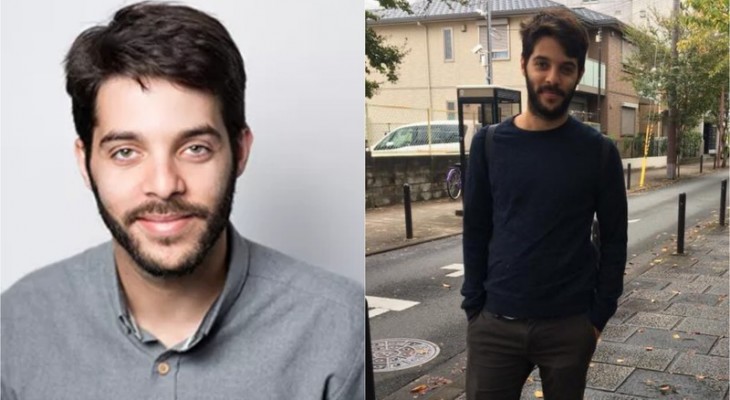 The UK Labour Party has hired a former Israeli spy to help manage its social media, The Electronic Intifada can reveal.

Assaf Kaplan will work in the office of Labour leader Keir Starmer, a source with knowledge of the hire said.

Kaplan was in Israeli military intelligence for nearly five years, an officer in Unit 8200, its cyberwarfare branch.

Unit 8200 specializes in spying, hacking and encryption. It carries out blackmail, mass surveillance and systematic discrimination against Palestinians.

In 2014, a group of whistleblowers detailed how the unit spies on Palestinian civilians living under Israeli military occupation.

According to his LinkedIn profile, Kaplan was in the Israeli army’s military intelligence division from May 2009 to November 2013.

This likely coincided with the period when 8200 was carrying out the type of crimes exposed by the whistleblowers, in a September 2014 letter to The Guardian.

He was a Unit 8200 intelligence analyst and later an officer.

“Any information that might enable extortion of an individual is considered relevant,” one Unit 8200 reservist explained in the letter. “Whether said individual is of a certain sexual orientation, cheating on his wife, or in need of treatment in Israel or the West Bank – he is a target for blackmail.”

Another explained that: “Any Palestinian is exposed to nonstop monitoring by the Israeli Big Brother, without legal protection, and with no way of knowing when they too would become an objective – targeted for harassment, extortion or physical injury.”

In a profile of Kaplan on an ex-employer’s website, he is proudly described as a “Unit 8200 veteran.”

Neither Kaplan nor the Labour Party answered requests for comment.

Soon after publication of this article, mention of Military Intelligence was deleted from Kaplan’s LinkedIn. You can read a full copy of the original by clicking here.

The job he has taken was advertised by UK Labour in September last year. The following month, Kaplan announced on Facebook that he had moved to London.

He began work in December, a source told The Electronic Intifada.

His full job title is “Social Listening and Organizing Manager.” A relatively new trend in public relations, “social listening” is a way for organizations to monitor online conversations about their “brand.”

But a more blunt way to think of it would be surveillance.

Kaplan’s LinkedIn states he has experience using a “digital monitoring platform” as well as “human analysis” to keep tabs on voters in Israeli elections.

The UK Labour job listing shows that Kaplan is now responsible for leading efforts at “challenging disinformation online” about the party, as well as helping it win elections.

But Kaplan’s qualifications for winning elections are questionable.

His LinkedIn profile states that he was deputy head of the Israeli Labor Party’s campaign for the April 2019 general election to the country’s parliament, the Knesset.

And recent polling suggests Labor may be wiped out altogether in the Israeli election set for March.

If helping to win elections and build voter support is a qualification for the “social listening” job, then it looks like the British Labour Party picked the wrong person.

A multi-millionaire pro-Israel lobbyist donated $62,000 towards his leadership election campaign. But Starmer kept this secret until after he had won the party leadership.

Assaf Kaplan’s social media shows he has already established ties with UK Labour’s internal Israel lobby, as well as at least one past Israeli spy.

His Facebook profile shows he is “friends” with both Shai Masot and Michael Rubin. After publication of this article, his Facebook settings were changed to restrict access to his friends list. But it is still possible to view a “like” he has made for Masot’s consulting firm.

Masot was the Israeli embassy agent ejected from the UK in January 2017 after being exposed for plotting against British ministers and lawmakers.

Masot also interfered in British politics by trying to secretly engineer the creation of a pro-Israel youth group within the Labour Party.

A close contact of Masot, Rubin is director of Labour Friends of Israel. In undercover footage filmed by Al Jazeera, Rubin admitted that “I knew Shai in my role at Labour Students, we did a couple of things together.”

Rubin was chair of Labour Students in February 2016, when the fabricated “Labour anti-Semitism crisis” against Jeremy Corbyn first kicked off in earnest at Oxford University.

Rubin secretly conducted Labour’s first ever “investigation” into alleged anti-Semitism. It was such an obvious hatchet job that it was buried by the party.

But The Electronic Intifada obtained a copy and published extracts last year.

Not only did the document smear and misrepresent the pro-Corbyn Labour left at Oxford, but it included outright fabrications. Yet the report was highly influential in promoting the false “Labour anti-Semitism” narrative.

Kaplan is also followed on Twitter by Liron Velleman, an officer with the Jewish Labour Movement – another pro-Israel group which has smeared Corbyn.

Unit 8200 is notorious as a factory for churning out high-tech Israeli spies, who then often flow into Israel’s privatized global spy network.

Mercenary Israeli “intelligence” firms like Black Cube and NSO Group have been linked to horrendous human rights abuses and pervasive intrusion the world over – including against Americans.

NSO Group was founded by Unit 8200 veterans and offers sophisticated spyware to repressive regimes including Saudi Arabia and the United Arab Emirates.

Their Pegasus software can be used to hijack a person’s phone allowing spies to steal data, passwords, email and text messages, as well as listening in on phone calls and being able to turn on microphones at will.

The latest version of Pegasus to be discovered by security researchers Citizen Lab was used to spy on journalists at Al Jazeera.

Israeli companies established by Unit 8200 veterans have also been responsible for global theft of user data for commercial advantage.

One such firm was Onavo. It was marketed as a free VPN privacy tool and bought by Facebook.

But it was removed from the Apple app store after it emerged that it granted Facebook almost full visibility of a user’s data, giving the technology giant insights into consumer behavior. This ultimately led to Facebook’s acquisition of WhatsApp for $19 billion in 2014.

Black Cube – which is reportedly stuffed with 8200 veterans – was hired by the once powerful Hollywood producer and convicted rapist Harvey Weinstein to silence and intimidate his victims.

Unit 8200 is also a key part of Israel’s war against the boycott, divestment and sanctions movement, or BDS.

Israel’s anti-BDS minister at the time Gilad Erdan met with the head of 8200 in an apparently habitual meeting, his 2016 diary showed.