Israel settlers call for demolition of Dome of the Rock, official says 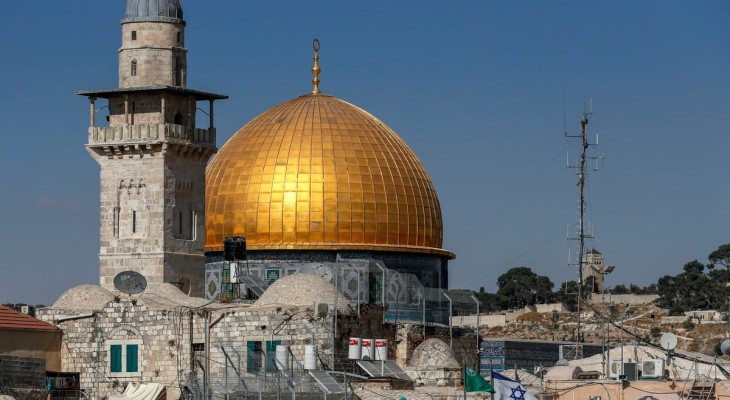 Israeli occupation authorities have taken the measurements of the Dome of the Rock while Israeli settlers are calling for its demolition, Director of Al-Aqsa Mosque Sheikh Omar Al-Kiswani announced on Friday.

Al-Kiswani described what is being done inside Al-Aqsa Mosque and the Dome of the Rock as "a dangerous measure".

Speaking with the local Palestinian Al-Quds Radio, Al-Kiswani explained: "We are looking seriously at the behaviour of the Israeli occupation inside Al-Aqsa Mosque. We believe it is taking the measurements for a foreign firm and we do not know what's behind it."

"Al-Aqsa Mosque is not the responsibility for the Palestinians or the Jordanians alone, but for all Muslims around the world," according to Al-Kiswani, stressing that all the Islamic countries should have a united decision to stop the Judaisation of Al-Aqsa Mosque.