For Palestinian filmmakers in Israel, it’s loyalty or silence 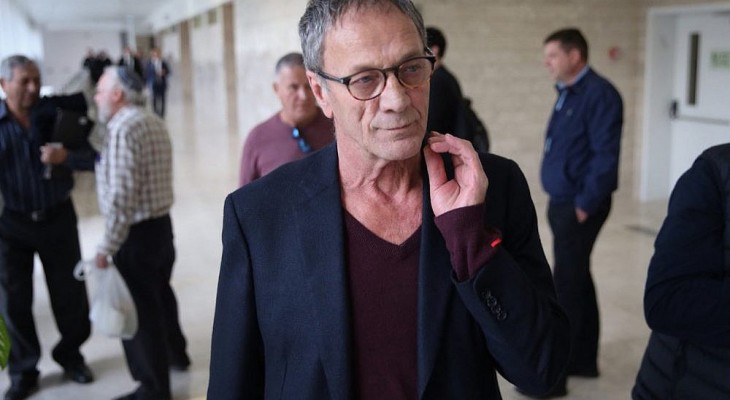 If the controversy surrounding Palestinian filmmaker and actor Mohammad Bakri reveals anything, it is the depth of fascism in the State of Israel. It exposes Israel’s desire to hide and distort the truth, while simultaneously gloating about how, as an “enlightened democracy,” it supports Palestinian artists to “tell their story.”

But what kind of story do we as filmmakers get to tell? Is it truly the Palestinian story, or is it one that simply falls in line with Israel’s Zionist vision?

In April 2002, during the Second Intifada, Israel launched a military operation in Jenin, a city in the occupied West Bank. During the incursion, Israeli forces killed 52 Palestinians, 22 of whom were civilians. According to Human Rights Watch, the IDF had used “indiscriminate and excessive force,” and many of these civilians — including children, people with disabilities, and the elderly — were killed “willfully and unlawfully.”

Bakri chose to make a documentary film from a place of immense pain over what was happening in Jenin at the time. He did not seek funding from Israeli institutions, but rather hired a small crew and headed to the city’s refugee camp to expose the war crimes Israel had committed there.

Bakri put his life in danger as the Israeli army invaded Jenin, destroyed the refugee camp, and left behind scores of dead and wounded Palestinians. He entered Jenin while bodies were buried under the rubble, and documented what he saw. He interviewed residents of the camp who described what happened there.

On Monday, an Israeli district court ruled to ban the screening and distribution of Bakri’s documentary, “Jenin, Jenin.” The lawsuit was filed against Bakri in 2016 by Israeli soldier Nissim Magnaji, who took part in the Jenin operation, and who is accused in the film of stealing money from an elderly Palestinian man — an allegation he has denied. The court ordered Bakri pay Magnaji NIS 175,000 ($55,000) in damages as well as NIS 50,000 ($15,500) in legal expenses.

Either terrorists or folklore caricatures

Being a documentary filmmaker is not easy. It means making films without much of a budget, waiting for a human drama to take place in the field, interviewing people, and telling the true story of what happened or is still happening — all while the cameras are rolling.

What happened with Bakri is a bad joke. Since when does a court intervene in artistic content? How are we supposed to share our narrative without these creative tools?

Mohammad Bakri’s story is the story of all Palestinian artists and filmmakers living in Israel who are trying as best they can to tell our story, and who are standing strong in the face of the Israeli establishment’s immensely powerful forces that try to turn us into a fig leaf. If we succeed in bankrolling our own films, we end up silenced.

Instead, the establishment wants to see us portrayed only as terrorists or folklore caricatures. The hit television show Fauda is the most blatant example of the former: the Palestinian characters are either portrayed as terrorists or as traitors. That’s it. And the establishment’s desire for Palestinian folklore amounts to showing Palestinian women oppressed by their patriarchal society, including “honor killings,” arranged marriages, or women who wear hijabs. These are the topics Israeli cinema funds will happily give money to, so they can take pride in supporting and giving a platform to Palestinian filmmakers.

I know all this from personal experience. When I insisted that my feature film “Villa Touma” be labeled as “Palestinian,” I was accused of stealing public funds and committing fraud. For months, I faced relentless attacks. Three different ministers — then Economy Minister Naftali Bennett, former Culture Minister Limor Livnat, and then Foreign Minister Avigdor Liberman — all publicly denounced me in their attempt to protect the dignity of the State of Israel. Israeli soldiers at the refugee camp in Jenin, a city in the occupied West Bank, April 20, 2002. (IDF Spokesperson’s Unit/CC BY-SA 3.0)

The Israel Film Council, which initially demanded I return the grant my film had received, eventually decided not to do so, and instead was made to pay the NIS 1.4 million (around $400,000) back to the Culture Ministry as a punitive measure. The Economy Ministry also required that I return the NIS 600,000 (around $170,000) it invested in the film, and even sought to seize the assets of my production company.

With the help of Atty. Sawsan Zahar of Adalah, the Legal Center for Arab Minority Rights in Israel, I challenged the assets seizure. We had to go as far as the Supreme Court to find out that there is no law in Israel that forces a director to define the identity of their film. According to the law, the opening and closing credits have to list the funds that support a director’s film. That’s precisely what I did.

Following the “Villa Touma” affair, Livnat and the Israel Film Council added clauses to contracts with filmmakers, conditioning funding on presenting the films as “Israeli.” The Rabinovich Foundation for the Arts, one of the largest film funds in Israel, even went so far as to make all filmmakers who receive financial assistance sign a “declaration of loyalty.”

Though the ministers have been replaced since, the fascist oversight of culture in Israel has only intensified. During Likud MK Miri Regev’s tenure as Culture Minister, the situation got substantially worse, with the introduction of a “loyalty in culture” law that sought to silence artists who didn’t toe the line with Benjamin Netanyahu’s far-right government, the defunding of Haifa’s Al-Midan Theater, and the establishment of a film fund for settlers in the occupied West Bank, among other things.

Since Regev’s tenure, Palestinian filmmakers have begun to self-censor both their scripts and their funding proposals. As a lector who read and sorted through scripts for almost all of the funds in the country, I saw this change from up close. Suddenly, proposals for political films vanished almost entirely, and films that discussed the Israeli-Palestinian conflict disappeared. The directors themselves did the hard work for the establishment and the Culture Ministry.

Besides, the money they invest in Palestinian films comes from taxpayers — that is, from our pockets. And though Palestinians in Israel make up 20 percent of the population, we only receive around 3 percent of the state’s culture budget.

The Israel Film Fund, which receives its budget from the Culture Ministry, wants to incentivize films made by members of minority groups, and thus seeks to divert funds specifically to them. This is why they court Palestinian filmmakers: not because they really want to hear our voices, but to meet budgetary requirements.

Doing so also serves the Israeli establishment. Films by Palestinian filmmakers have been very successful abroad in recent years, and have even been screened at prestigious festivals around the world. Israel benefits from this as a form of propaganda. Now, it can say openly that it is the “enlightened” state that supports Palestinian films.

But the bitter truth is that in order to truly succeed without being censored, many Palestinian filmmakers have left Israel. A voluntary cultural transfer, if you will. Of the few filmmakers left in the country, some of us have decided not to accept money from Israeli funds. It must be emphasized: these funds do no good for Palestinian artists. We are not willing to represent a country that does not represent us. As a result, though, we have been struggling.

Political persecution in Israel exists not only against activists, but also against Palestinian artists who are trying to make their voices heard. This is called fascism. There is a deep fear here of hearing the truth, and the truth is that there is an entire people still living under a military occupation, who are being oppressed daily. It is very easy to build a fence in order to hide from the truth, but none of the fences or walls will cover up the reality we live in. As filmmakers, we will continue to do our best to expose that reality.