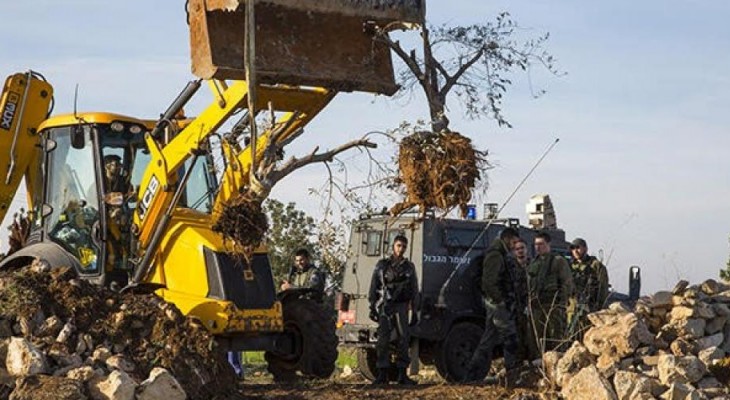 According to the sources the Israeli occupation forces sealed off the western part of the town, known as Khallet al-Abhar, and escorted a bulldozer to it, before the heavy machine had destroyed over a thousand olive trees and saplings belonging to local Palestinian farmers.

Located 15 kilometers to the west of Salfit city, Deir Ballut has a population of some 4,100 and occupied a total area of 11,900 dunams.

It includes several archeological sites dating back to the Byzantine era, such as Saint Simeon Monastery and al-Qal‘a Monastery.

Since then, like so many other villages in Palestine, Deir Ballut has been subjected to almost continuous land theft for Israeli settlements, bypass roads, and military installations.