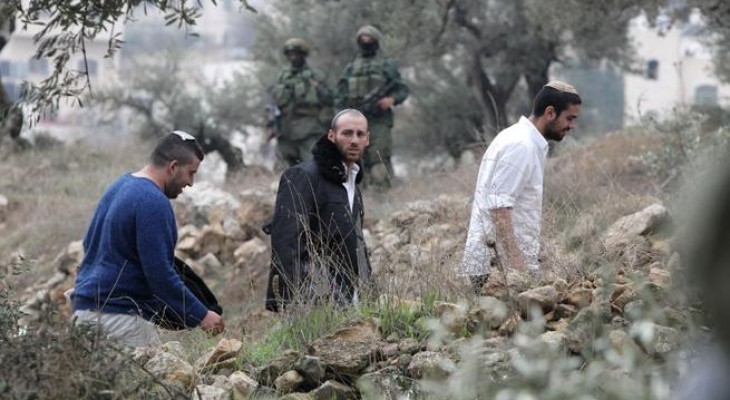 An Israeli settler opened fire at Palestinian farmers harvesting olives in the Nablus district on Monday, a Palestinian official said.

Ghassan Daghlas, who monitors settlement activities in the northern West Bank, told Ma'an that an “extremist settler from the illegal Maale Levona settlement stepped out of his car on the main road and fired from a machine-gun at Palestinian farmers.”

The shooting took place near the village of al-Lubban al-Sharqiya south of Nablus.

No injuries were reported.

The Palestinian liaison office submitted an official complaint to their Israeli counterpart.

Settler violence has seen a dramatic rise since the start of October after two Israeli settlers were shot dead south of Nablus at the beginning of the month.

Last month Riyad Mansour, the permanent observer for Palestine to the UN, asked the UN Security Council to intervene in order to stop aggression by settlers, including the implementation of a measure to disarm them.

On July 30, Israeli settlers set a home ablaze in the Palestinian village of Duma in the Nablus district, burning an 8-month-old baby alive, and killing the mother and father. The family's four-year-old son is the only remaining survivor of the attack.