What is to be done: reflections on International Day of Solidarity with the Palestinian People 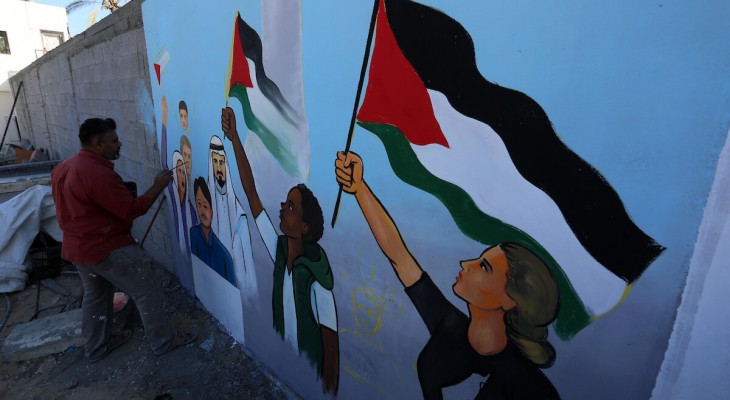 Gaza has been under a hermetic, medieval blockade for almost 14 years now since 2006. In that year, a fact-finding mission headed by anti-apartheid activist and Nobel Laureate Desmond Tutu was denied entry to Gaza to investigate the Beit Hanoun massacre where Israel killed 19 civilians, including women and children, in a single airstrike. At the time, Tutu declared that Israel’s massacre against Palestinians in Gaza, “bears all the hallmarks of war crimes.” He, among other anti-apartheid South African activists including the likes of Ronnie Kasrils and Ahmed Kathrada, have insisted that what the Palestinians have suffered at the hands of the Israelis is far worse than what Black South Africans were subject to by the South African apartheid government.

Children in the poverty-stricken Jabaliya camp do not know what chocolate tastes like because Israel controls every aspect of how their life will turn out to be. Beloved husbands and wives have been separated and family members have been estranged from one another as a result of Israel’s occupation and apartheid system.

In the West Bank today, hundreds of checkpoints separate towns and villages severely restricting the movement of Palestinians students and civilians to work, universities, schools, and hospitals. In what could be best described as the Bantustanization of the West Bank, Palestinians are separated from one another, even family members who live only 40 minutes away from one another have been incapable of meeting because of Israel’s apartheid policies.

Many homes, orange and olive groves, have been destroyed due to the building of the Apartheid Wall which segregates communities based on their religion. Palestinians are not allowed to enter Jewish only settlements and do not enjoy the civil rights their Jewish counterparts are entitled to just because they belong to the wrong religion.

Six million Palestinian refugees — whether in the diaspora or in living under excruciating and inhumane conditions in the isolated camps of Lebanon, Syria and other neighboring Arab countries — are still waiting to return to the homes they were expelled from in 1948 in accordance with UN resolution 194.

What Palestinians in the West Bank and Gaza are living through is a process of what Israeli revisionist historian Ilan Pappe has described to be an “incremental genocide.” The massacre of peace activists on the Mavi Marmara along with the three massive attacks on Gaza in 2009, 2012, 2014, and the killing and maiming of hundreds of non-violent protestors in the Great March of Return have been another turning point in the history of the cause.

What is to be done?

This is the question that needs to be addressed on the occasion of the International Day of Solidarity with the Palestinian people.

It is the responsibility of citizens of the world to isolate Israel through an intensive boycott, divestment, and sanctions campaign until it complies with international law. Similar to the global BDS movement that was detrimental in leading to the collapse of the apartheid South African regime, we urge people of conscience to join us in our call for BDS towards a liberated Palestine until accountability and justice has been achieved, and the right of return and reparation has been implemented. The imbalance of power in this struggle can only be countered through a powerful international solidarity movement that takes the BDS movement as its guide.

Creative civilian efforts such as the Free Gaza boats that broke the siege more than five times, the Gaza Freedom March, and the Gaza Freedom Flotilla are just examples of what is required to break the siege and put that arrogant, apartheid state in its place. While the leaders of the official international community stand complicit with Israel, we rely on people of courage and conscience to join us in our struggle in the same way the oppressed of South Africa expected all of us to join them in their fight against the inhumane apartheid regime until it crumbled in 1994.

The only way we can redeem the blood of those who have been barbarically killed since the 1948 Nakba is to make sure that their surviving families live in a just society where all citizens are equal regardless of gender, color, race, ethnic, sexual background, or religion.

Archbishop Tutu reminds us that in choosing to be neutral in situations of injustice, we will have chosen the side of the oppressor. Don’t be silent against injustice, speak out for Palestine and for the victims of a state of terror that have fallen for more than 72 years now. Boycott Apartheid Israel.