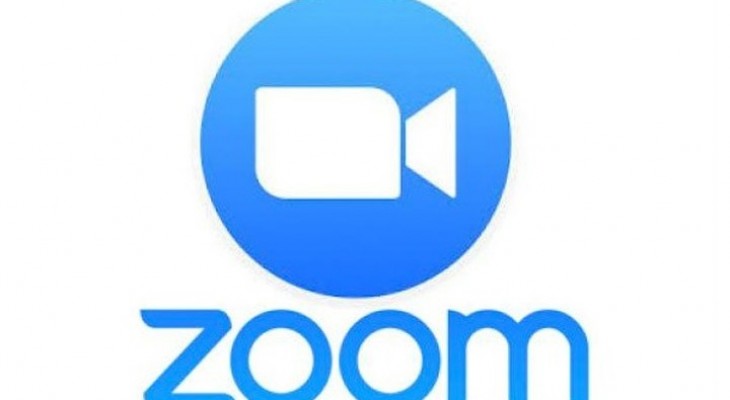 Facilitating the agendas of Israel lobby groups, videoconferencing platform Zoom once again censored events in the US and UK featuring the Palestinian resistance icon Leila Khaled.

This week, the president of New York University acceded to Zoom’s actions by smearing one of the panels, organized by NYU faculty and students and featuring an address by Khaled, as “terrorist violence” that conflicts with academic freedom.

But academics, students and civil rights defenders are fighting back.

This censorship is not a victory for Israel advocates because it exposes that they are willing to destroy principles of academic freedom in order to continue the suppression of Palestine, says U. Hawai'i professor and @USACBI member Cynthia Franklin.

Broaching irony, the events that Zoom censored on 23 October were organized to discuss the company’s censorship, in September, of an event at San Francisco State University which featured Khaled and other anti-apartheid activists.

The Israeli government and anti-Palestinian groups – including the Anti-Defamation League, StandWithUs and the Lawfare Project – had pressured the company for weeks over that event.

They claimed that hosting Khaled would constitute “material support” to US-designated “terrorists,” even though she was not being compensated for her involvement in the webinar and has not been involved in any armed resistance activities in decades.

After Zoom canceled the September event, and Facebook blocked it, it went ahead via YouTube. But shortly after it began, the company cut off the video stream, replacing it with a notice that said “This video has been removed for violating YouTube’s Terms of Service.”

In protest at these cancellations, the US Campaign for the Academic and Cultural Boycott of Israel (USACBI) called on universities and academic groups to hold Zoom-hosted webinars on 23 October – exactly a month later – as a day of action “against the criminalization and censorship of campus speech.”

The events would include a pre-recorded message from Leila Khaled.

Another event, at Western University in Ontario, Canada, was censored by Facebook.

Palestine Legal, along with ten other legal organizations, warned Zoom on 23 October that the company’s actions “are a dangerous attack on free speech and academic freedom, and an abuse of your contract with public university systems.”

Its status as an essential public service, they add, “does not give you veto power over the content of the nation’s classrooms and public events.”

“No basis in law or fact”

At the University of Hawai’i Manoa (UHM), Zoom shut down an event sponsored by the UHM department of ethnic studies, anti-militarism group KOA Futures, Hawai’i Peace and Justice, and the campus chapter of Students and Faculty for Justice in Palestine.

On 20 October, Zoom informed the webinar’s organizer, Cynthia Franklin, a USACBI member and UHM professor, that the event would not be permitted to go forward. Zoom claimed that a scheduled appearance by Khaled would violate its terms of service (ToS).

As a private company, Zoom sets its own ToS and can decide what it will allow on its platform.

StandWithUs had already begun a campaign to push Zoom to cancel the UHM webinar, alleging that Khaled’s presence was a violation of the ToS.

According to a letter by Palestine Legal and ten other civil rights defense groups, Zoom told UHM that it would cancel the webinar due to Khaled’s “recently reported glorification of violence” during the San Francisco State University event.

However, as the groups note, Khaled never spoke at the event because Zoom canceled it and YouTube shut it down before she could speak.

Zoom also claimed that the 23 October event would violate the law because of Khaled’s “affiliation or membership in the Popular Front for the Liberation of Palestine.”

The legal groups countered this claim, explaining that it “has no basis in law or fact.”

Khaled did not plan to represent the PFLP at either event, the legal groups stated.

Fundamentally, they added, “the exchange of ideas in a university setting is constitutionally protected free speech.”

“To extend counterterrorism laws to pure speech and academic discourse would severely undermine all of our First Amendment rights to speech and association,” the groups warned.

Along with the chairs of the ethnic studies and political science departments, Franklin demanded that the administration provide another platform to host the event, she told The Electronic Intifada.

That demand was backed by another warning from Palestine Legal and the ten other civil rights defense groups.

“If the university is unable to ensure that Zoom will allow the event to go forward, the university must arrange for an adequate alternative venue with the same features, and it must cancel or amend its contract with Zoom to ensure that UHM is able to live up to its constitutional and educational responsibilities,” the legal groups said.

The university acknowledged that it was being pressured by outside groups, Franklin told The Electronic Intifada.

And in a clumsy attempt to distance UHM from the event and capitulate to such pressure, the university spokesperson had falsely claimed that the webinar was being “organized by an independent organization” and that he was “not sure how that organization will address this latest development.”

The spokesperson said he would retract the statement, “but he never did,” Franklin said. She said it was clear that the administration did not want to threaten their contract with Zoom.

Noting that only a few of the planned webinars on 23 October were censored, Franklin said that Zoom’s current cancellation tactic seems to be selective and dependent on complaints from groups with an anti-Palestinian agenda.

Zoom even acknowledged that it only takes action if it receives reports “about possible violations” of its terms of service.

“It’s significant to have this lockstep censorship by these big tech companies and then see university complicity,” Franklin said.

“Everyone should be chilled.”

She added that she and her colleagues were “disappointed that there hasn’t been more outrage about this, regardless of where people stand on Palestine.”

However, amongst her students at UHM, many of whom are indigenous Hawai’ian and have a growing solidarity with Palestinians, the outrage has been palpable.

UHM’s Students and Faculty for Justice in Palestine and allied groups produced a video in which members of faculty read Leila Khaled’s pre-recorded address in their own voices.

As of 10 November, Franklin said that the university administration has yet to issue any response to the legal groups’ warnings, and that it has continued to ignore the faculty’s requests for alternate online meeting platforms and the protection of academic freedom and free speech.

At New York University, students, faculty and law experts were preparing for their webinar when Zoom informed them that their event was being shut down as well.

Unlike at the University of Hawai’i Manoa, the NYU administration provided the webinar with an alternate platform – Google Meet – but it was technically difficult to manage and became targeted by anti-Palestinian trolls and what looked like automated bots, Ross said.

The fiasco forced the organizers to make it a private event to publish afterward.

NYU’s chapter of the American Association of University Professors said it was “an act of sick comedy to censor an event about censorship” and called on university presidents to break their contracts with Zoom if it continues to silence Palestinians.

Nearly two weeks after the event was censored by Zoom, NYU president Andrew Hamilton responded to the AAUP and members of NYU faculty.

Saying he has “expressed our consternation to Zoom” about the company’s “intervention” in the event, Hamilton brazenly pivoted to insinuating that the panel was “terrorist violence.”

This, he claimed, “conflicts with academic freedom” and is “at odds with values that universities hold dear: reason, dispassion, freedom of speech and inquiry, respect for individuals and individual liberties.”

Alarmed, the AAUP this week admonished Hamilton’s assertion, reminding the president that the label of “terrorism” is “sometimes casually, and dangerously, applied to entire national or ethnic populations, as it often has been to the Palestinian people, and increasingly now, to Arabs, or Muslims.”

As scholars, the AAUP explained, “it is our job to analyze and interrogate these designations, and not to accept them as given.”

They pointed out that Khaled is not, and never has been, on a US terrorism watch list.

“By way of contrast, Nelson Mandela and the ANC, for whom he served as military commander during its period of armed resistance to apartheid rule in South Africa, were not removed from the terrorism watch list until 2008,” the AAUP stated.

“In what parallel world would an NYU seminar featuring Mandela’s words have been censored?”

“A slap in the face”

Nerdeen Kiswani, a law student at the City University of New York, was among those scheduled to speak during the NYU event.

Kiswani has been the target of Israel lobby organizations, including the Act.IL app, which is funded by the Israeli government and sends its users on “missions” to smear, harass and threaten supporters of Palestinian rights.

“There is a pattern of Palestinians literally speaking out about being censored, and that’s why we organized these panels,” Kiswani told The Electronic Intifada.

Seeing Zoom silence the NYU event was “a slap in the face to Palestinians and to Palestine [rights] organizers,” she said.

It was a message “that what we say can’t be heard or isn’t important enough to be heard,” Kiswani added.

“You don’t have to be Leila Khaled to face this kind of censorship, but if Palestinians fighting for Palestine can’t speak for themselves, then who’s really going to be left to speak?” she asked.

An event planned by student groups at the University of Leeds in the UK was also censored by Zoom.

USACBI stated that the company shut down the event as well as the personal account of its organizer, but the event was moved to another Zoom account and the full recording has been posted to Facebook.

The university had previously denied permission for the event, and said it would be “investigating” the matter.

And in Ontario, Canada, students at Western University originally planned to use Facebook to host their event, but it was shut down. Members of the Jewish Defense League, a violent extremist group, took credit for the

The event reportedly moved forward without incident on Zoom, and the recording was eventually posted to Facebook.

“Terrifying” power of a private company

As students and members of faculty demand that their universities stand up to Zoom, civil rights experts are worried that the relationship between universities and the corporation has already created a dangerous culture of self-censorship.

EFF’s Corynne McSherry said that as universities have had to enter into contracts with Zoom in order to conduct classes online, they have little leverage over the company if it threatens to cancel contracts over events that it labels as “prohibited” content – an entirely subjective classification.

Furthermore, Zoom – which is an infrastructure layer of internet-based speech, much like an internet service provider – is choosing to “take on the moderation role” that is more commonly reserved for user-based social media companies.

“In a moment when people around the world are depending on Zoom to learn, work and organize, that should be terrifying,” she says.

McSherry warned that if Zoom’s users – including universities – “have to worry about satisfying not only their host’s terms and conditions but also those of every service in the chain from speaker to audience,” even if the speaker is not aware of these terms, this could lead to self-censorship.

NYU’s Andrew Ross said there is a clear need for universities to develop or help support an open-source platform.

“But in the short term, it has provided an opportunity for advocates of Palestinian rights to train academic attention on our issues,” Ross told The Electronic Intifada.

Watch NYU’s entire event, including the address from Leila Khaled, above.

The Electronic Frontier Foundation, which guards internet privacy and freedom of speech, admonished the technology giant over its censorship of the Leila Khaled events.