Amnesty slams US labelling of Israel boycott movement as 'anti-Semitic' 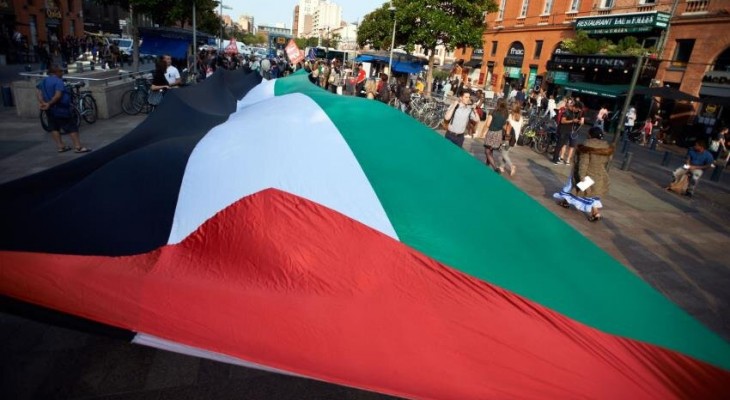 Amnesty International has slammed Washington's designation of the Boycott, Divestment, and Sanctions (BDS) movement as antisemitic, calling the move a violation of the freedom of expression.

The leading human rights group called BDS a "form of non-violent advocacy and of free expression that must be protected".

"The Department of State's targeting of groups advocating for using peaceful means, such as boycotts, to end human rights violations against Palestinians as antisemitic violates freedom of expression," Interim Executive Director of Amnesty International USA Bob Goodfellow said on Wednesday following the announcement by Mike Pompeo.

"This is simply the latest attack from a US government determined to undermine the universality of human rights and the global fight against racism and discrimination, including antisemitism," he added.

Secretary of State Pompeo announced on Wednesday that Washington will take measures against the BDS campaign, which seeks to isolate Israel over its treatment of the Palestinians.

Washington "will regard the global anti-Israel BDS campaign as anti-Semitic," he said.

"We will immediately take steps to identify organisations that engage in hateful BDS conduct and withdraw US government support for such groups," Pompeo said.

"We want to stand with all other nations that recognise the BDS movement for the cancer that it is."

Amnesty: “We will continue to support our Israeli and Palestinian colleagues, including BDS activists, who - like human rights defenders around the world - speak up when justice, freedom, truth and dignity are denied.” @BDSmovement https://t.co/HZc7HUBQiC

Goodfellow defended boycotts in the Amnesty statement, saying: "Advocating for boycotts, divestment and sanctions is a form of non-violent advocacy and of free expression that must be protected."

"The US administration is following Israeli government's approach in using false and politically motivated accusations of antisemitism to harm peaceful activists, including human rights defenders, and shield from accountability those responsible for illegal actions that harm people in Israel, in the Occupied Palestinian Territories, and here at home," he added.

"This process also hurts Jewish people by equating Israel with Judaism and likening criticism of Israeli government policies and practices to antisemitism. It undermines our work in the Middle East and other regions to protect the rights of religious and other minorities."

Condemning Pompeo's announcement, Human Rights Watch said "the Trump administration has no business trying to tar groups because they back boycotts," which it said had been used to advance social justice throughout American history.

Israel sees BDS as a strategic threat and has long accused it of anti-Semitism, and a law passed in 2017 allows it to ban foreigners with links to the movement.

Activists strongly deny the charge, comparing the boycott to the economic isolation that helped bring down apartheid in South Africa.

Last week, US Secretary of State Mike Pompeo announced his intention to create a new process by which Washington can label organisations and NGOs as "anti-Semitic", Politico reported on Wednesday.

Although Pompeo will not name any specific organisations, a Politico report from last month revealed that Washington is considering declaring certain prominent international NGOs, such as Amnesty International and Oxfam, as "anti-Semitic" due to their links with groups critical of Israeli actions.

Pompeo on Thursday became the first American top diplomat to visit the Israel-occupied Golan Heights after an unprecedented stop in a West Bank Jewish settlement that infuriated Palestinians.

Last year, President Donald Trump's administration made the controversial to decision to recognise Israeli sovereignty over the Golan, which the Jewish state seized from Syria in the Six-Day War of 1967.

"Today I'll get a chance to visit the Golan Heights," Pompeo said during a joint appearance with Israeli Prime Minister Benjamin Netanyahu.